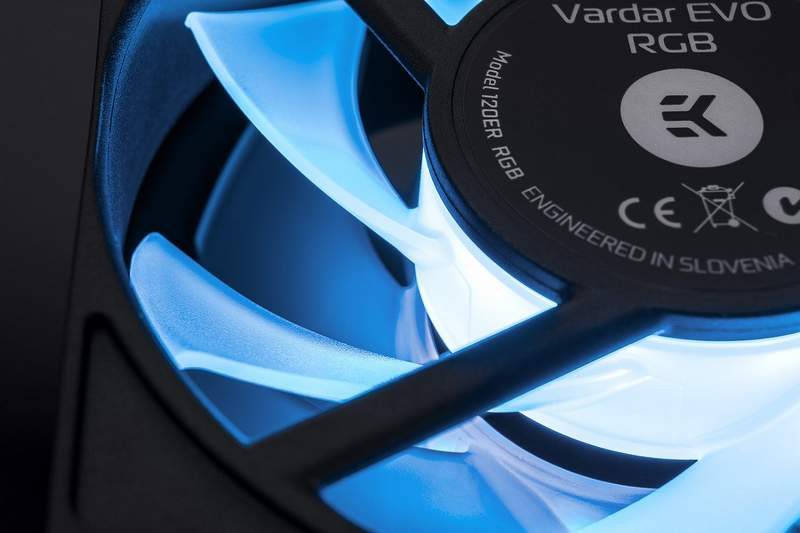 Slovenian cooling expert EKWB is announcing the launch of the new EK-Vardar EVO 120ER RGB fan. This is basically the same high-performance EK-Vardar fan but now has RGB LEDs built in. Under the motor hub are 9 LEDs which shine through the seven transluscent fan blades. The opaque nature of the fan is by design so that the LED’s disperse evenly across. With 9 LEDs, the EK-Vardar RGB is also one of the brightest RGB LED fans in the market. 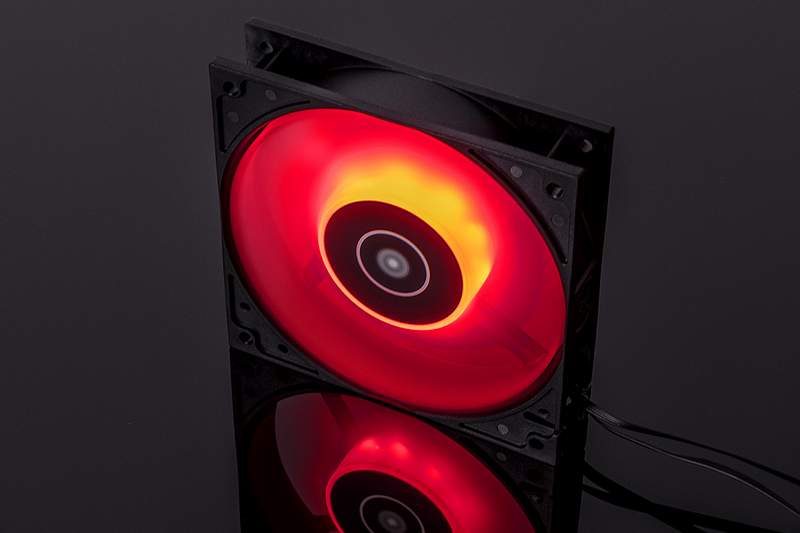 each fan uses dual-ball bearings and has start-stop function for total silence. Since it is built for radiators, it produces high static pressure and has a low noise profile when pushing air. It operates from 500 to 2200 RPM via PWM. 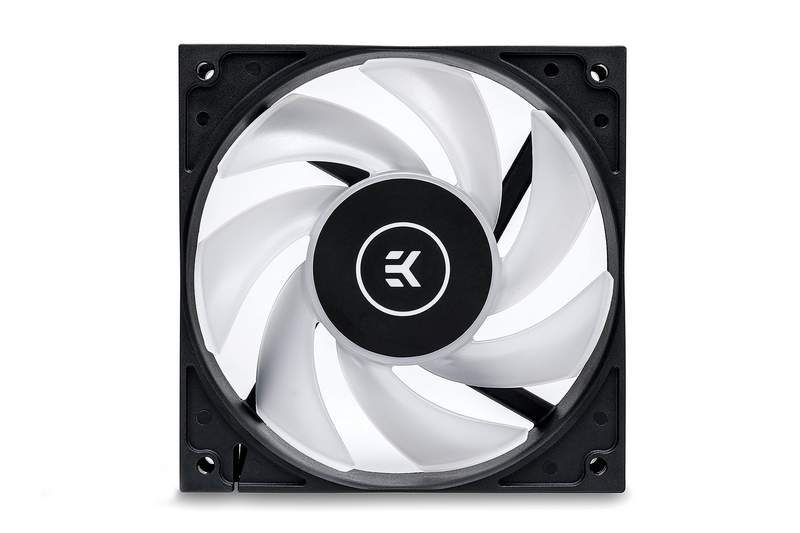 How Much is the EKWB EK-Vardar 120ER RGB Fan?

The EK-Vardar EVO 120ER RGB fan is now available for purchase through the EK Webshop. It is also available through their Partner Reseller Network for the same price at €21.90 each (including VAT).