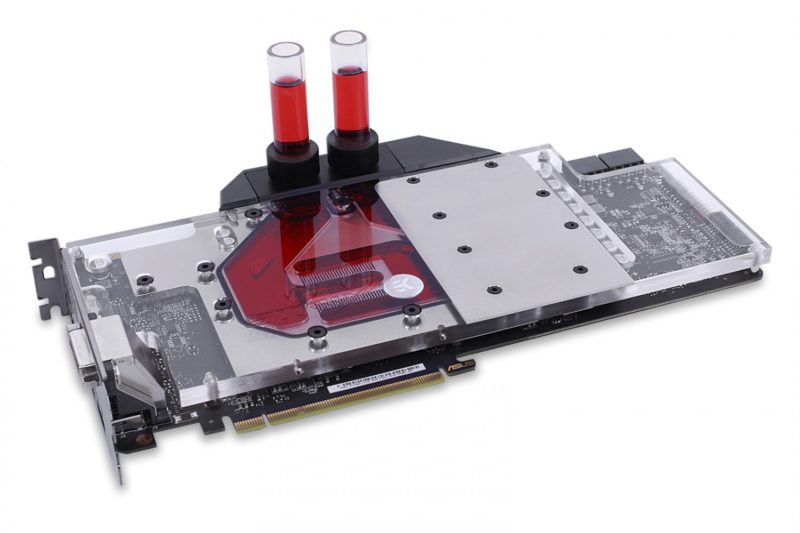 A full-cover waterblock from EKWB is now available for users who purchased ASUS’ ROG Strix GeForce GTX 1080 Ti graphics cards. The short-lived flagship GPU is still a powerful video card despite being upstaged by the new GeForce TITAN Xp shortly after its release and the ASUS ROG Strix version is even better than the reference Founder’s Edition model since NVIDIA tends to be very conservative in using high-quality parts for their VRM compared to AMD video cards and compared to custom GeForce partner video cards. 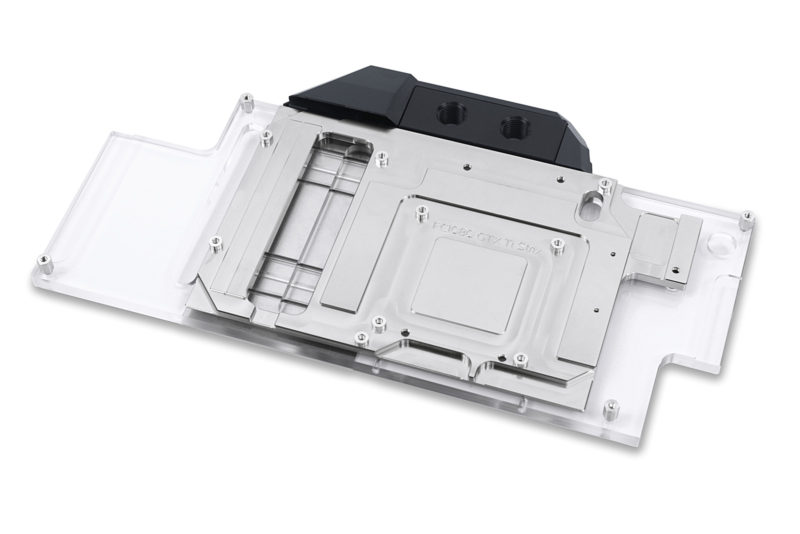 The ASUS ROG Strix GeForce GTX 1080 Ti has an upgraded 10+2 phase VRM with integrated power stage components compared to the 7+2 phase Founder’s Edition reference design. Although the default ROG STRIX GeForce GTX 1080 Ti can cool this well with three fans, putting the VRM under water with the full-cover waterblock from EKWB allows users to push their overclocks further and feed more voltage through without the fear of overheating. 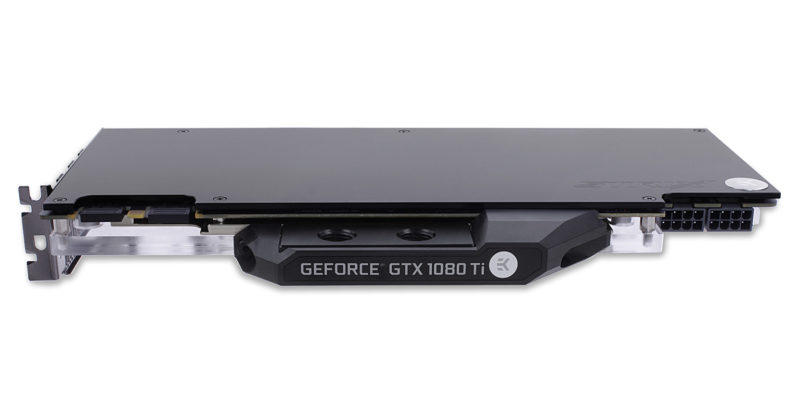 As usual, EKWB offers a clear nickel with glass acrylic option as well as a black acetal with nickel block. Since it is a full-cover waterblock, it is specifically tailored to watercool the GPU, VRM MOSFETs and the memory ICs of the ROG Strix GeForce GTX 1080 Ti PCB. There is no difference in performance between the two versions. Both versions are available for 129.95€ (VAT included) via the EKWB Webshop and a matching black backplate is also available for 29.95€ while the nickel version of the backplate costs a bit more for 37.95€.

This full-cover waterblock is only compatible with the following two ASUS ROG Strix models: