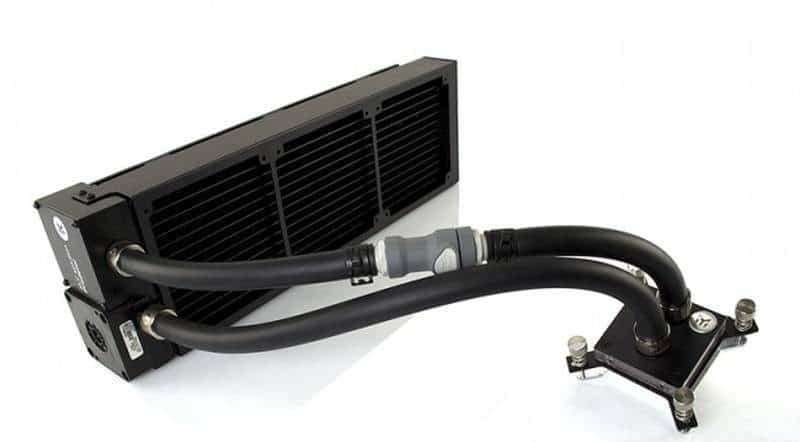 At first it was estimated as a limited risk situation where only a single batch of units were affected and could develop leakage over time, it quickly turned out to be a more widespread problem and that is why EKWB issued a full recall. The good news in all of this is that a new and fixed version is ready, any revision 1.0 product will be replaced or refunded, and EKWB even covers damage to other parts that resulted from a leaking Predator AIO.

EKWB first identified the issue as a faulty O-ring in the EK-Supremacy MX CPU water block that was used in the unit. At first, it was thought that it only affected the November batch of O-rings, as pre-orders and early testers hadn’t reported any issues. That quickly changed and EKWB found the problem to affect all units. The leakage may occur between the copper cold plate and bracket on the water block after it is heated up and pressure rises. Current statistics show that 1 out of 10 units leaks.

If you currently use one of these units, then you are strongly recommended to stop doing so. EKWB has redesigned and released a new version of EK-XLC Predator (Revision 1.1) on the 4th of January 2016 that prevents any leakage under normal working modes. For the full details on refund or exchange, please visit EKWB’s official note about this issue. You’ll also find contact email addresses and phone numbers for both EU and US customers.

Errors in productions are something that can happen to anyone at any time, what is important is how you handle the aftermath. EKWB has shown a prime example of how it is done. They are taking full responsibility for it and giving their customers multiple fix options from a refund to replacement units. No secrets but full disclosure all the way through. Well done EKWB, it might cost you some money to fix the issue right now, but you’ll win some loyal customers with it.