Another RGB Monoblock from EKWB

Slovenian cooling manufacturer EKWB is launching another RGB monoblock. This time it is for Gigabyte‘s AORUS X470 Gaming 5 WIFI motherboard. Using the award-winning EK-supremacy EVO engine, the block not only cools the CPU core, but the critical VRM components as well. This lets users overclock to their hearts content, without fear of overheating the MOSFETs.

As usual, the block is made of copper but has nickel electroplating. The result is a clean, premium look without penalties to performance. The top is also clear glass acrylic, letting users see through the cooling engine and watch the coolant flow. Plus, its RGB LED backlighting illuminates the assembly further. 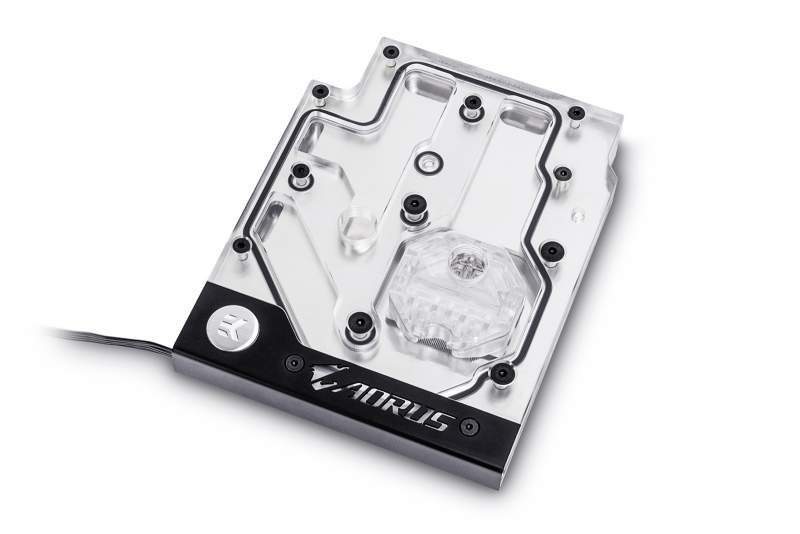 This RGB LED uses a standard 12V cable that connects to the motherboard’s 4-pin RGB LED header. If users want to swap out the LED with the digital strip instead, they can do so and connect the 3-pin header onboard. Furthermore, users can control this lighting and any RGB LEDs connected to the headers via Gigabyte’s Fusion App.