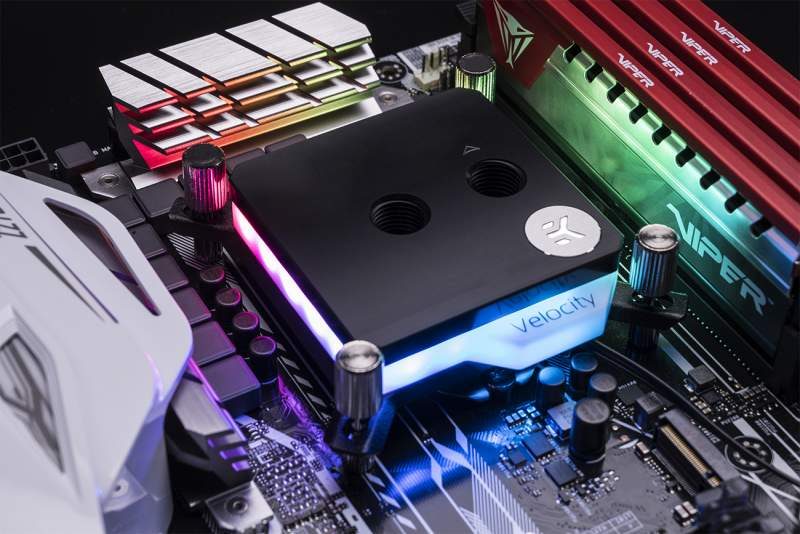 Looks like EKWB is launching a new version of their next-generation Velocity CPU blocks. This time, it sports digital RGB LEDs (D-RGB or ARGB). This means users will be able to customize each LED colours differently. In comparison, typical analog RGB LEDs can all only be the same colour at the same time. Thus, digital RGB LEDs provide greater depth of customization.

Which Motherboards are Compatible with the Velocity D-RGB? 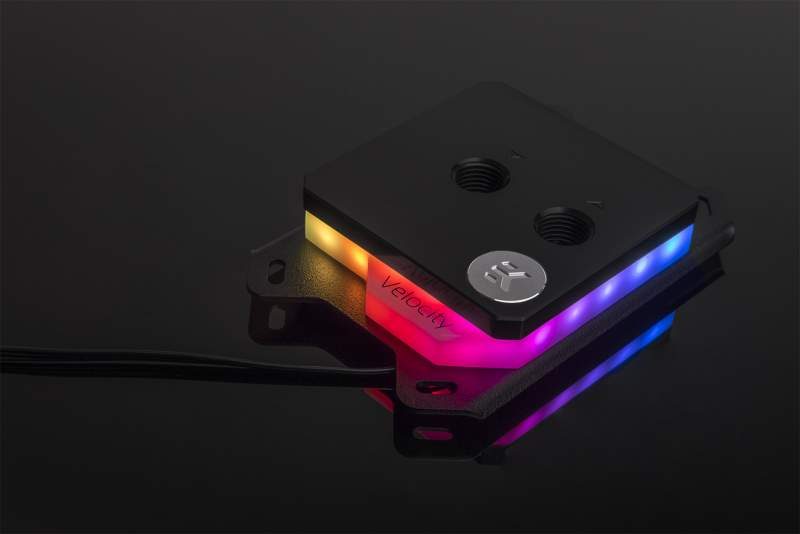 As usual, users will be able to use it with motherboards that have D-RGB headers. This includes ASUS Aura Sync, Gigabyte RGB Fusion, MSI Mystic Light and ASRock PolyChrome Sync. Furthermore, users will also be able to connect it to external third party Digital RGB controllers.

These EKWB Velocity D-RGB blocks use the same base design as the one introduced 5 months ago. The block has a new reinforced mounting bracket with smaller streamlined mounting screws. Moreover, the simplified cooling engine brings performance optimizations through more efficient flow and also easier maintenance for users. 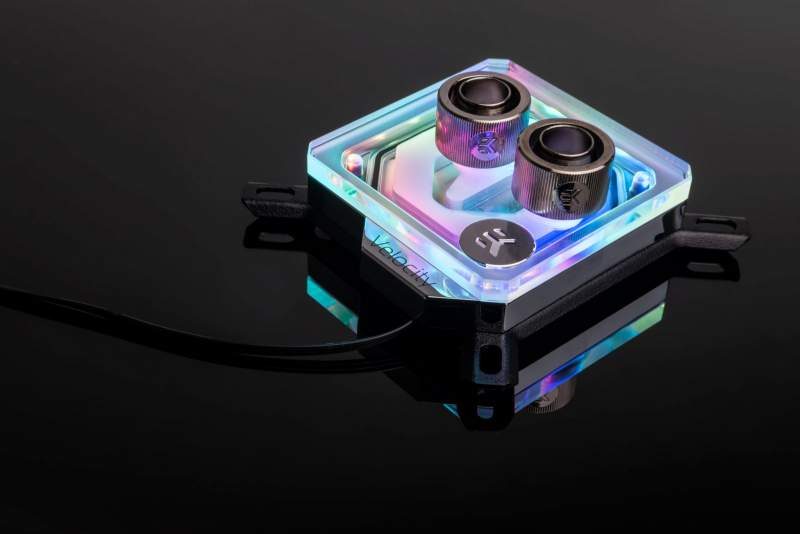 How Much Are These EKWB Velocity D-RGB CPU Water Blocks?

As usual, these new Velocity water blocks come in a variety of options. Users can choose Nickel + Plexi, and Nickel + Acetal variants. The Velocity D-RGB water block is comaptible with Intel (LGA115x , and LGA 20xx sockets). There is also an AMD option compatible with the AM4 socket.

See the chart below for the MSRP in Euro (with VAT). 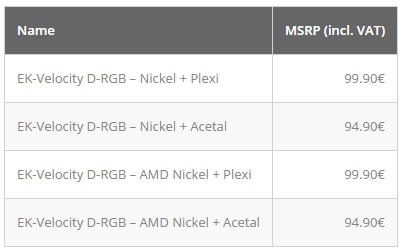