Elon Musk: “Humans Must Merge with Machines or Become Irrelevant” 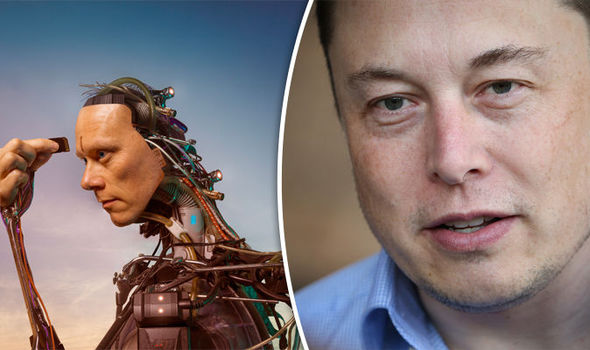 Billionaire futurist Elon Musk told the audience at the World Government Summit in Dubai that humans must face the uncomfortable truth of obsolescence in the face of artificial intelligence growing into prominence. The Tesla and SpaceX CEO’s tone was not one of resignation however but of the casual aplomb he is usually known for. The solution, he suggests is for humans to merge with machines.

“Over time I think we will probably see a closer merger of biological intelligence and digital intelligence, It’s mostly about the bandwidth, the speed of the connection between your brain and the digital version of yourself, particularly output.” Musk further clarified that computers communicate at a trillion bits per second while humans at best, can do 10 bits per second. “Some high bandwidth interface to the brain will be something that helps achieve a symbiosis between human and machine intelligence and maybe solves the control problem and the usefulness problem,”

Elon Musk’s proposal to alleviate this bottleneck sees a new layer of a brain added on to our biological one, that will be able to access information as quickly and interface with artificial intelligence. This is a future envisioned by several science fiction books and games, including Deus Ex. He continues to see AI as a disruptive threat and speaks of the need to evolve, candidly admitting fear of “deep AI” which goes further than simple intelligence used for automated vehicles. Even the disruption that those impose, are not to be ignored he states, as autonomous vehicles will be displacing 12 to 15 percent of the global workforce in his estimate. When the deep AI that Elon Musk fears, which is several magnitudes smarter than the smartest human on earth, comes online and humans are caught unprepared the disruption it poses is incalculable.