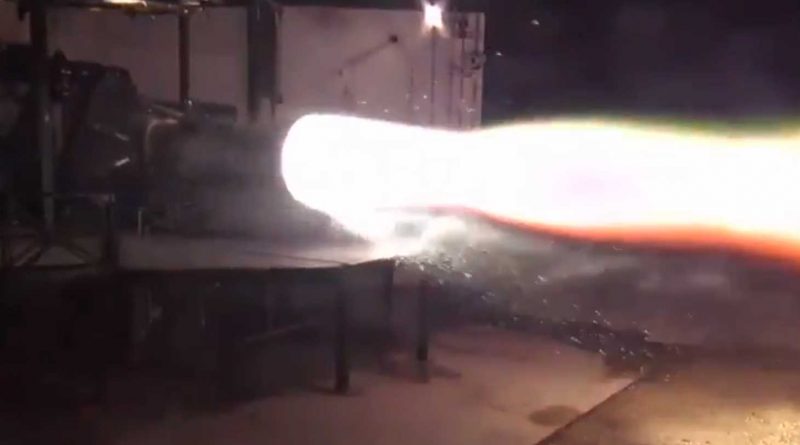 Things might have gone a little quiet on the Space X program in recent weeks, but that doesn’t mean to say that nothing is happening. I mean, where Elon Musk is involved, you can be pretty certain that some news will not be far behind. His latest revelation, however, is certainly more than a little explosive.

In a video posted via his Twitter account, Elon Musk has demonstrated that their brand new rocket, the ‘Raptor’ has successfully undergone a firing up test!

While the rocket itself looks very impressive, it is believed to form a part of their recently teased ‘Starship’ rocket design. The ‘Starship’ is being designed with small local flights in mind and it intended to form part of the civilian space flights planned to begin at some point in 2021. You can check out the video via the Twitter post below. It’s a little brief, but that rocket clearly packs a pretty amazing bang!

With both the chassis and rocket coming together, it is believed that test flights for ‘Starship’ might occur as soon as within the next couple of months. If anything is going to happen, however, Elon Musk will undoubtedly keep us informed. Perhaps they will even follow up on last year by live broadcasting the takeoff. That would certainly be something amazing to watch!

What do you think? Are you a fan of the Space X project? When do you think they’ll begin testing? – Let us know in the comments!