A few weeks ago, Elon Musk revealed that his SpaceX program was currently designing a fully stainless steel coated spacecraft. The concept was quite straight forward, it’s both strong and light which therefore requires less trust to actually get it up in the air. It’s also pretty decent at managing the heat. Stop me if I’m getting too technical.

Following his last update, the craft wasn’t yet complete. It was, instead, in two parts with the upper area requiring the plating to be fitted. In a report via CNET, however, he has just released a new image confirming that the rocket assembly has been completed.

The rocket itself is merely a prototype VTOL (in others words, straight up, straight down) design which will act as the test subject for a much larger rocket. The larger ‘Starship’ design is expected to be revealed or at least teased before the end of the year. 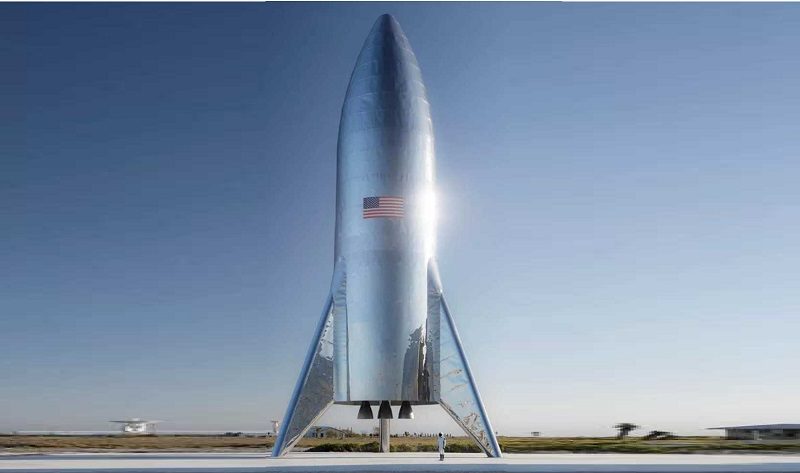 What Will It Do?

The working theory is that this is the design that Elon Musk may use for his ‘space travel’ plans. With a 2023 ‘trip around the moon’ already sold-out, it’s certainly an important factor to push ahead with ensuring that the technology will be available at the time. It’s bad enough having so many waiting for their Tesla to arrive. I doubt those (who have probably paid a pretty substantial sum for a ticket) would be happy waiting as well.

Either way though, you have to appreciate the design. It looks like something from a 1950’s sci-fi movie.