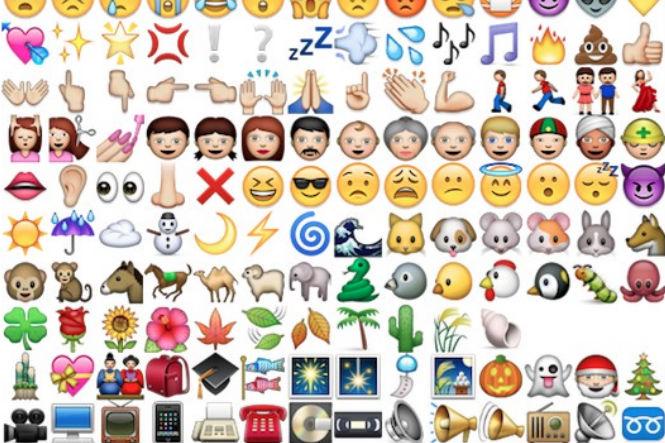 This is it, mankind’s final frontier into destroying its greatest achievement, words. I personally do not like this idea of an Emoji-only social app but over 10,000 people have already signed up for their Emoji-only usernames for the social media app which in a trailer (below) says it’s coming “very soon.”

People got the chance to ask the developers, Matt Gray and Tom Scott, some questions about the new social app and here are their responses:

What are your backgrounds in terms of career / programming?

Matt’s a professional broadcast engineer working in radio, and Tom… makes web stuff. He doesn’t really have a better job description than that.

Why did you decide to create an emoji-only social network and what gave you the idea?

It came out of two stories: comedy social network Yo, and the Unicode consortium’s new emojis. The two of us had the idea at about the same time — we weren’t sold on it until we realized that usernames should be emoji too. At that point, we burst out laughing and realized we had to build it.

Will you allow Emoj.li network to sync up with other messaging services like Kik or WeChat as a kind of extension to those services – or do you intend to be stand-alone?

We haven’t even thought that far ahead, but we’ll be launching as stand-alone

Have you started using / testing the service yourself, and what is it like using it?

The app’s still in development at the moment, so we haven’t got to a full-on testing stage yet.

Now here is where I think this is a bad idea, Emoji isn’t serious, obviously, but it encourages people to be lazy with grammar. In fact it cuts it out entirely and with some of the English you see written in some places I fear it will cause people to just become numb in developing a language. Now that may seem a bit extreme but I have seen people using slang on CV’s and they think that it’s acceptable.

What skills do you think you can bring to this job?

Well i think dat i can use my skils to this work bcoz ive donit in da past [sic].

I’m not joking, someone has actually written that on a CV which makes me think, what will CV’s of the future look like? A bunch of smileys, money symbols and pictures of hands shaking? If it comes to that then I’m done, I will lock myself away with the knowledge of how the brilliant human race once wrote and spoke and watch mankind slip into a mess of slurring and grunting, we’ll be known once more as Homo Sapiens.

Thanks to Forbes for providing us with this information.