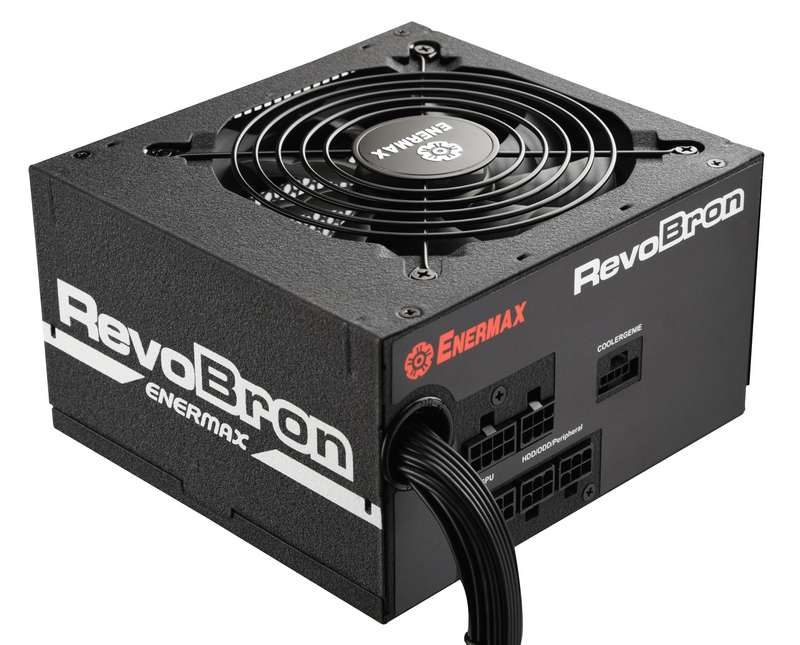 After announcing the high-end MaxTytan power supplies a few weeks ago, Enermax is following the PSU release schedule with the new RevoBron series. While the MaxTytan is an 80-Plus Titanium rated power supply, the RevoBron is more for mainstream users and has an 80-Plus Bronze rating. The naming scheme makes it really easy to remember their ratings. The RevoBron series is available in 500W, 600W and 700W versions since they are more for mainstream users. There aren’t exactly many high-end users looking for a 1200W 80-Plus Bronze PSU. So it only makes sense that there are only three options for this line.

What makes the RevoBron PSU series interesting in comparison to other mainstream PSU models is its features. It has the Enermax DFR technology, coupled with the new Enermax COOLERGENIE.

DFR stands for “Dust Free Rotation”, meaning  it initiates a high RPM dust-off procedure before it enters normal operating mode. This shakes off dust that may have accumulated over idle time, which do not come off when the fan speed is set to low. 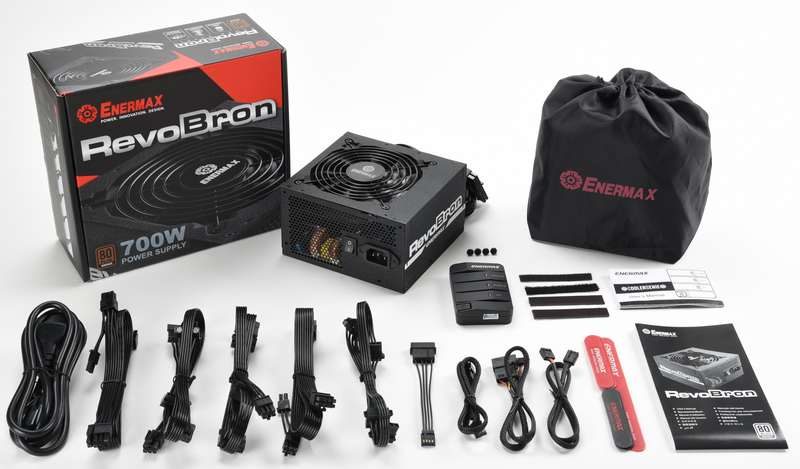 The new COOLERGENIE is a 2-in-1 fan controller. It is an actual physical hardware separate from the PSU body itself. It features fan-delay technology, which leaves the fan running for a while even after shutting down the system. That ensures the components still get some active cooling while they are still hot. Otherwise, they marinate on the heat which could affect component life. The COOLERGENIE also has three semi-fanless presets available on the device. The user simply selects which one they prefer, press the button and the RevoBron will set the fan to that mode.