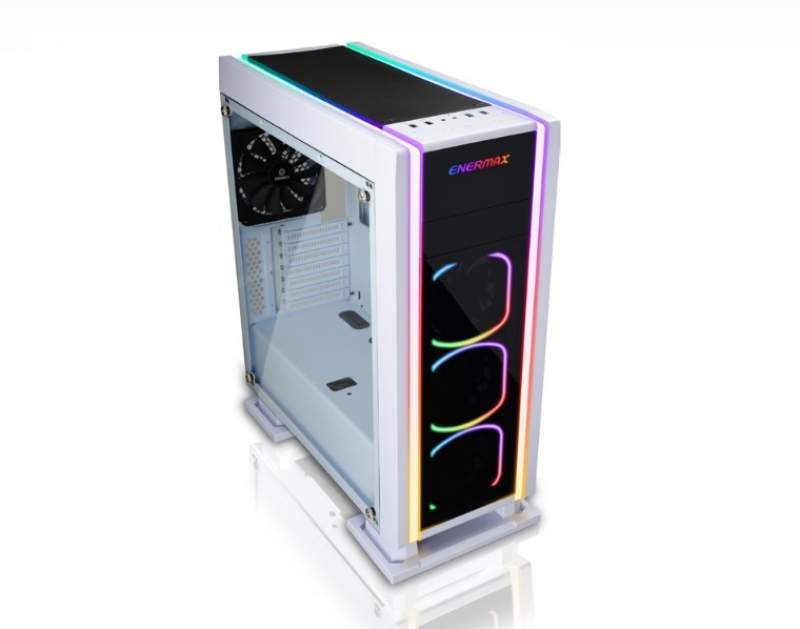 ENERMAX is finally releasing the white version of their Saberay mid-tower chassis to Europe. Aside from the colour difference, this chassis offers plenty of features including addressable RGB (ARGB) LEDs built in. Addressable LEDs differ from the typical analog LEDs by the fact that each individual LED can have a different colour than the rest in a series. That means users can truly have a rainbow colour design. Not that it helps with performance at all, in fact, it does nothing other than look good (for a few seconds or two) and the novelty eventually wears off. 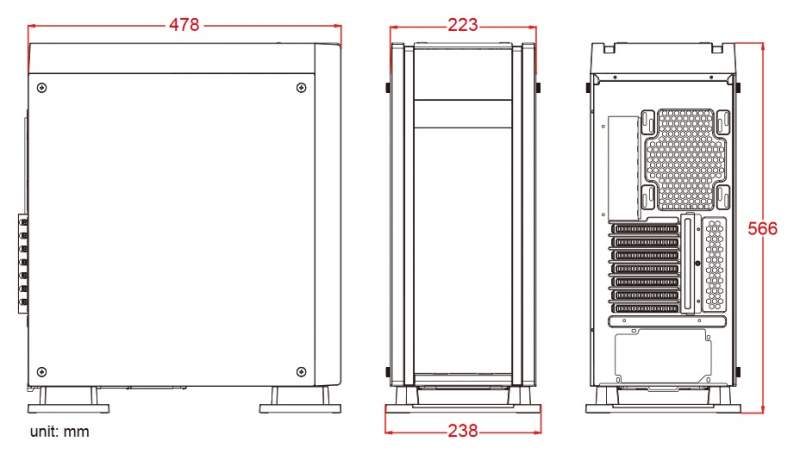 Thankfully, the Saberay offers more features than simply the lighting. The mid-tower chassis measures 566mm tall, 223mm wide and is 478mm deep. So there is plenty of space for components. It even almost looks like a full-tower case due to the additional space for radiators at the top. Plus, it has a wide 238mm base which is elevated quite a bit so users can even use it on heavily carpeted floors.

What Kind of Component Support is Available on the Enermax Saberay? 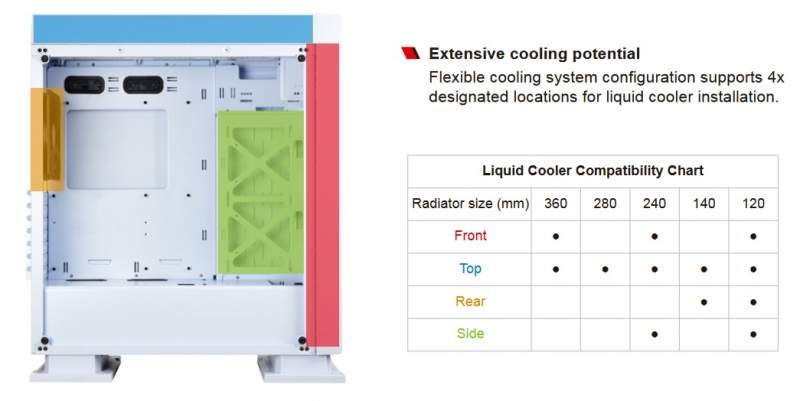 Users can install a 360mm radiator not just at the top, but on the front as well. Although the top also has the advantage of supporting wider 2x 140mm fans, hence support for 280mm radiators. There is also additional radiator mounting option along the side wall, which has room for either a 240mm or 120mm radiator. 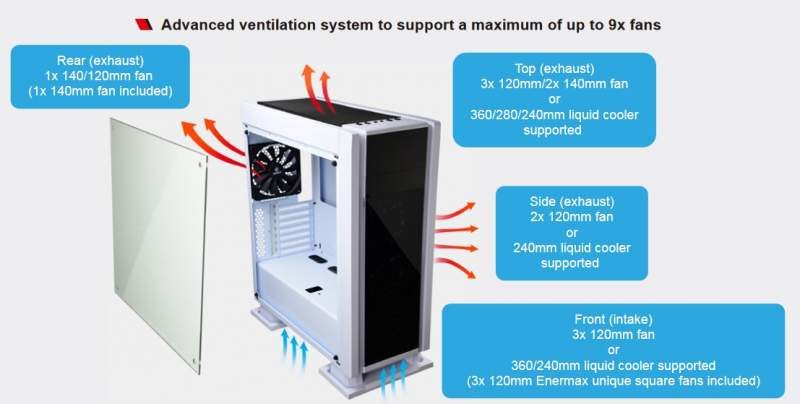 As for components, there are four dedicated 2.5″ drive mounting points. Plus, two additional ones shared with the 3.5″ HDD bays. Unlike most cases these days, the Enermax Saberay also has a 5.25″ ODD bay. As for CPU coolers, the maximum height is up to 175mm, while the maximum video card length is up to 420mm. 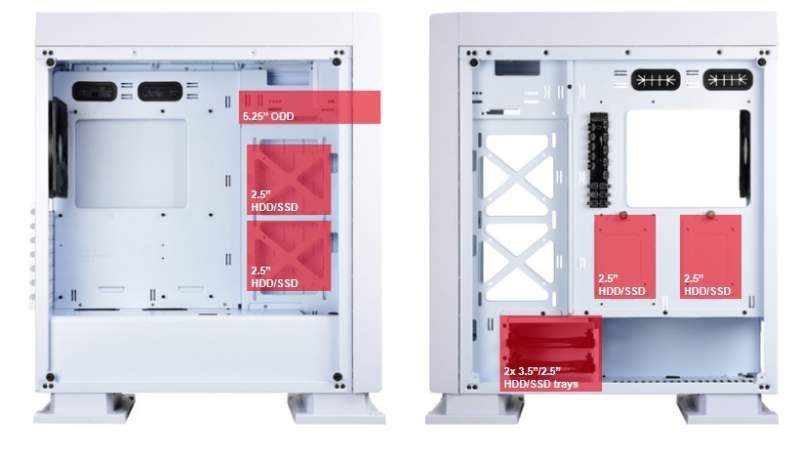