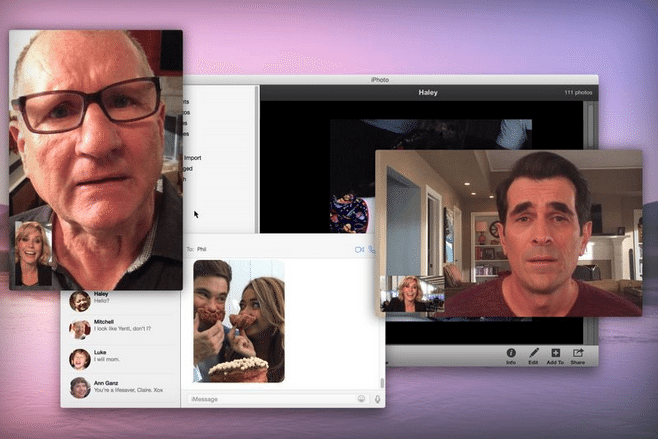 An upcoming episode of ‘Modern Family’, the popular sitcom shown on ABC in the US and Sky in the UK, has been shot entirely on Apple iPhones, iPads and Macs. The episode takes place solely on the desktop of one of the shows characters, showing her attempts to get in touch with her family via various Apple apps, including FaceTime and iMessage.

Director and co-creator of ‘Modern Family’, Steve Levitan, used an iPhone 6 and iPad Air 2 to film the episode, streaming all the content to one sole Mac computer. While most of you will have immediately called this a massive piece of blatant product placement, it’s worth pointing out that Apple didn’t pay a penny towards the episode’s production. They did however give the producers a free Mac Pro to help them put it together.

‘Modern Family’ has a history with Apple, after an early episode centred around one character’s obsession towards the then new iPad. That episode was sponsored by the company.