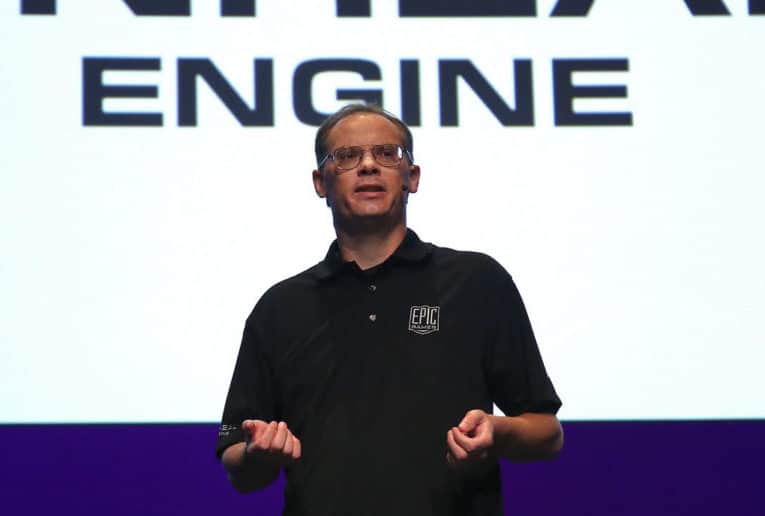 Epic Games founder Tim Sweeney has taken a swipe at Microsoft over its Universal Windows Platform (UWP) initiative, accusing the company of attempting to lock out third-party game developers from its systems. Sweeney’s criticisms come despite his past connections with Microsoft, which published Gears of War on behalf of Epic.

Sweeney said in an interview with Edge (Issue #296, via Gamespresso):

“The trouble started when Microsoft began shipping some PCs and regular Surfaces that were so locked down that you couldn’t run Win32 apps; you could only run apps that had been bought from their store. That is a complete travesty. With Windows 10 they removed some more capabilities. They’ve been able to do this via some sneaky PR moves. They make a bunch of statements that sound vaguely like they’re promoting openness, but really they’re not promising anything of the sort.”

The risk here is that, if Microsoft convinces everybody to use UWP (Universal Windows Platform), then they phase out Win32 apps. If they can succeed in doing that then it’s a small leap to forcing all apps and games to be distributed through the Windows Store. Once we reach that point, the PC has become a closed platform. It won’t be that one day they flip a switch that will break your Steam library – what they’re trying to do is a series of sneaky manoeuvres. They make it more and more inconvenient to use the old apps, and, simultaneously, they try to become the only source for the new ones.

Slowly, over the next five years, they will force-patch Windows 10 to make Steam progressively worse and more broken. They’ll never completely break it, but will continue to break it until, in five years, people are so fed up that Steam is buggy that the Windows Store seems like an ideal alternative. That’s exactly what they did to their previous competitors in other areas. Now they’re doing it to Steam. It’s only just starting to become visible. Microsoft might not be competent enough to succeed with their plan, but they’re certainly trying.”

Of course, this is not the first time that Sweeney has voiced his displeasure at Universal Windows Platform; earlier this year, he branded UWP “the most aggressive move Microsoft has ever made.”