EVGA has been teasing their Z390 DARK motherboard on social media for the past few weeks. This board is their latest high-end overclocking platform with unique OC-related features. Now that Intel has launched their 9th series CPU and Z390 chipset, EVGA can officially confirm the board’s launch as well. Moreover, they are also announcing the new Z390 FTW which is designed for high-end gaming.

What Features Does the Z390 DARK Motherboard Have? 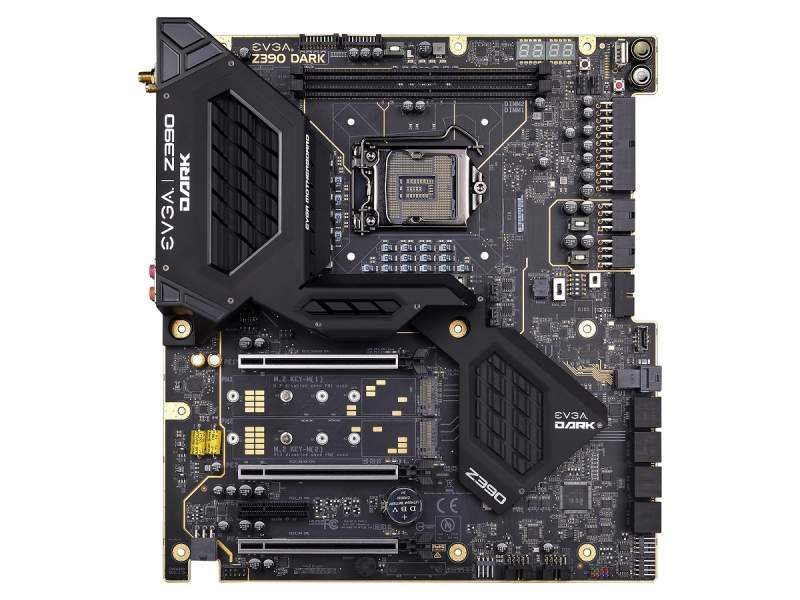 The most unique thing about the Z390 DARK is its layout having the CPU and DIMM slots rotated counter-clockwise. This makes more sense from an airflow stand point inside a chassis. The cool air intake comes from the front side which is the right side of the board. That means airflow to the CPU socket gets blocked by the DIMM slot. With the new layout, both the RAM and the CPU are at the path of the airflow simultaneously.

The connector cables for both the 24-pin and 8-pin ATX power are also right beside each other. Typical motherboard layouts have the 24-pin on the right side with the 8-pin at the top left. Furthermore, EVGA has positioned these at a 90-degree angle and are recessed. The new connector layout is also much friendlier for cable management. There is no need to route the 8-pin cable around when it is in the same area as the 24-pin connector and the USB 3.0 front panel.

EVGA can also pack quite a great amount of features on the Z390 DARK’s E-ATX PCB. This includes 8x SATA 6G ports, U.2 port, dual M.2 22110 ports, USB 3.1 Gen 2 front panel, EVGA E-LEET Tuning support and more. The 11-phase Digital VRM also gets quite the significantly large heatsink, so it can stay cool when pushing for a high air OC.

What Features Does the Z390 FTW Motherboard Have? 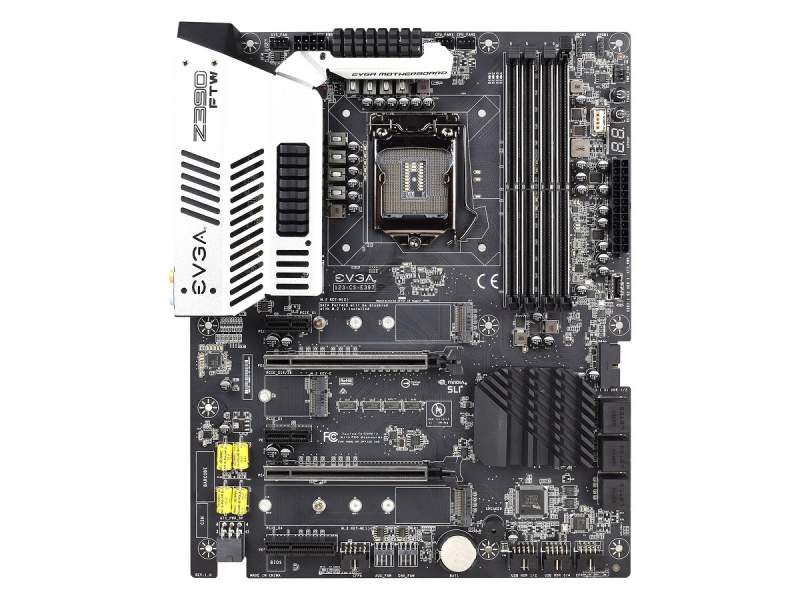 The EVGA Z390 FTW uses a standard ATX form factor board and also has 90-degree angled connectors for most of its headers. Only the 24-pin power, 8-pin power and USB 3.1 Gen 2 front panel headers are not angled. Nevertheless, the Z390 FTW is still packed with features for high-end gamers.

Although it has less features than the Z390 DARK, one advantage it does have is its four DDR4 DIMM slots.

How Much are These Motherboards?

EVGA did not reveal any pricing information at this time.