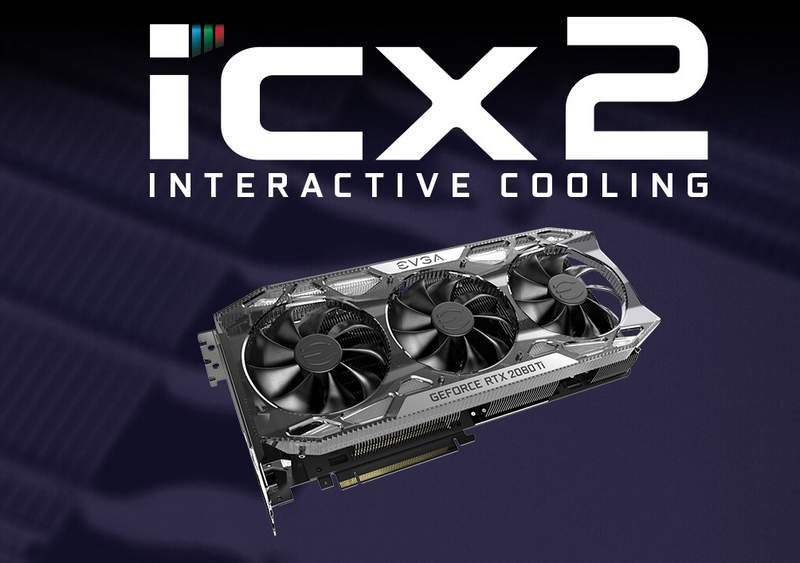 Now that NVIDIA‘s 20-series GeForce GPUs are officially launched, EVGA is announcing their latest video card lineup. This includes a fully redesigned iCX calling, aptly named iCX2. According to EVGA, this design is 14% cooler and up to 19% quieter than the previous generation iCX cooler. The company is not compromising on the fan bearing either since they are using Hydro Dynamic Bearing fans. This results in a much lower noise, and much longer lifespan compared to ball bearing or sleeve-bearing units.

What Else is New in EVGA iCX2? 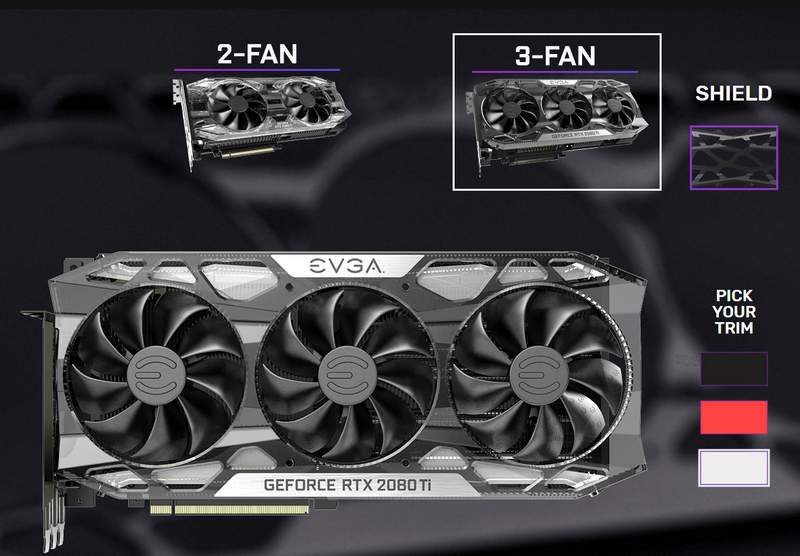 EVGA also has a redesigned shield and trim, which lets users customize it to their preference. This degree of personalization will allow the card to fit aesthetically with various builds. These will be available separately at a later time.

Furthermore, the company has also redesigned the fan blades. These use a forward-swept design rotating clockwise to propel air into the custom cooler. The heatsink underneath is also designed to maximize thermal contact surface on the graphics card components. Also, like the previous generation iCX, there are multiple thermal sensors on-board, giving users a total overview of the thermal behaviour when in operation. With three fans, each can be customized to perform differently depending on the assigned sensor.

EVGA is launching this card with the new Precision X1 software. This provides the control in a more intuitive layout than previous Precision software versions. Users can overclock as usual, set fan profiles, monitor voltages and temperatures, as well as adjust the LEDs.

Are There Other Non-iCX2 Models? 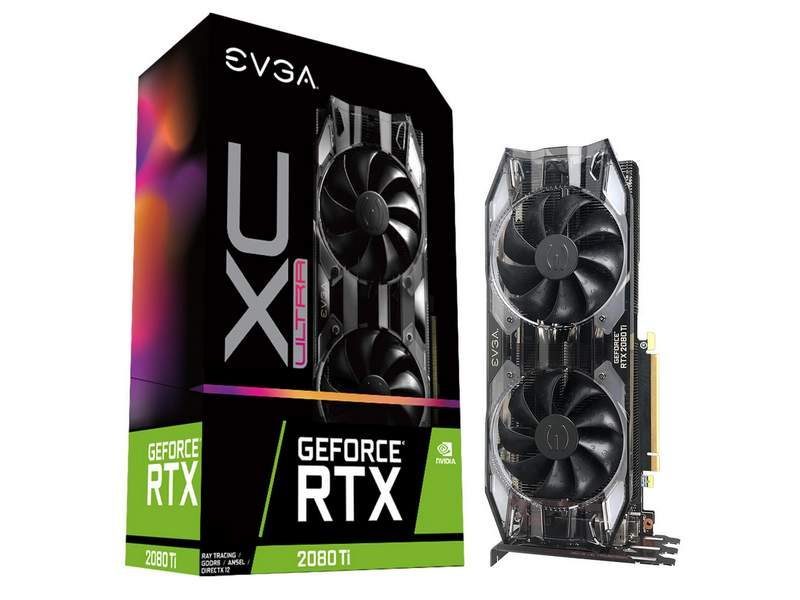 Yes. Other than the triple fan ICX2 variants which are available in ULTRA, FTW3 and XC2 variants, EVGA also has dual fan Ultra, XC, and Black models with dual fans. Moreover, there is also the EVGA GeForce RTX 2080 Ti/RTX 2080 with a blower style cooler available.