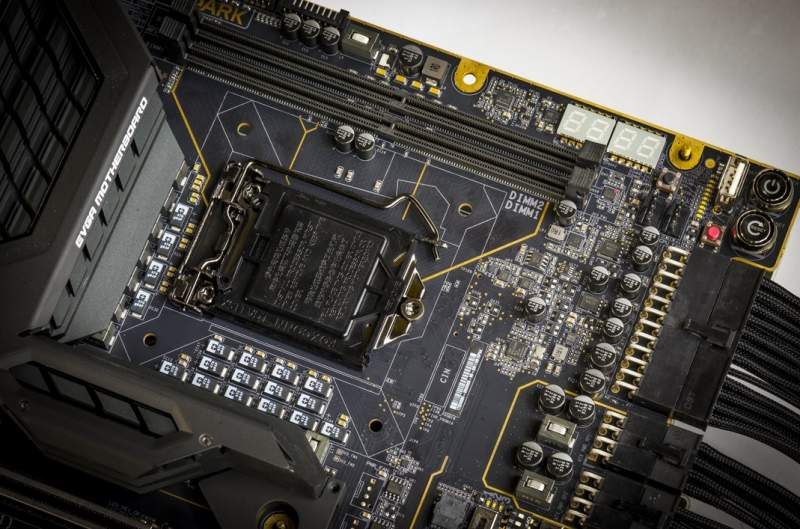 EVGA has been teasing fans with their upcoming Z390 DARK overclocking motherboard on social media. What sets it apart from other boards is the fact that it does not stick to the typical board layout. Its CPU socket as well as DDR4 DIMM slots are rotated counter-clockwise.

How Do We Know That This is a Z390 DARK Motherboard?

Although EVGA did not exactly officially announce this motherboard yet, we can safely say that this is the next Z390 DARK motherboard. How? Well for starters, they are not going to put a locked chipset like a B360 on a motherboard that is for overclocking.

Secondly, we know that this is not an HEDT platform due to the size of the socket. Plus, we know that new Z390 motherboards are coming out soon. It does not really bring much over the Z370 chipset other than built-in WiFi support, so manufacturers are coming up with unique ways to sell the platform to consumers. So it only makes sense that this board will be a using a Z390 chipset.

Lastly, we can see the word “DARK” in one of the photos on the top edge of the board, so it could only be a Z390 DARK motherboard.

What are the Benefits of This Unique Layout? 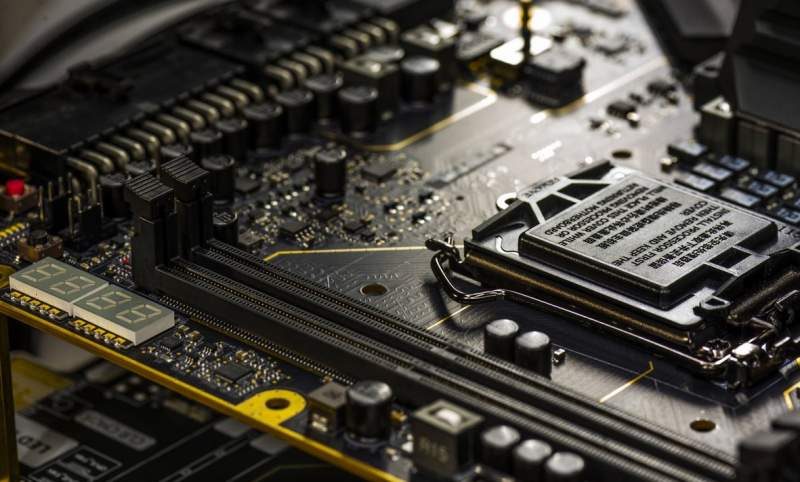 Having the CPU and DIMM slot rotated counter-clockwise makes more sense from an airflow stand point inside a chassis. The cool air intake comes from the front side which is the right side of the board. That means airflow to the CPU socket gets blocked by the DIMM slot. With the new layout, both the RAM and the CPU are at the path of the airflow simultaneously.

The new connector layout is also much friendlier for cable management. There is no need to route the 8-pin cable around when it is in the same area as the 24-pin connector and the USB 3.0 front panel.

The connector cables for both the 24-pin and 8-pin ATX power are also right beside each other. Typical motherboard layouts have the 24-pin on the right side with the 8-pin at the top left. Furthermore, EVGA has positioned these at a 90-degree angle and are recessed. Beside them is a 19-pin USB 3.0 header which is also at a 90-degree angle.

What Other Features Does This Motherboard Have?

Even though the teaser photos only show a partial view of the board, we can already see a lot of features. There are on-board power, reset and CMOS clear buttons on the top right corner. A built in USB 2.0 port (not header) is also ready in that area. Plus two port-80 debug LEDs near the top edge. 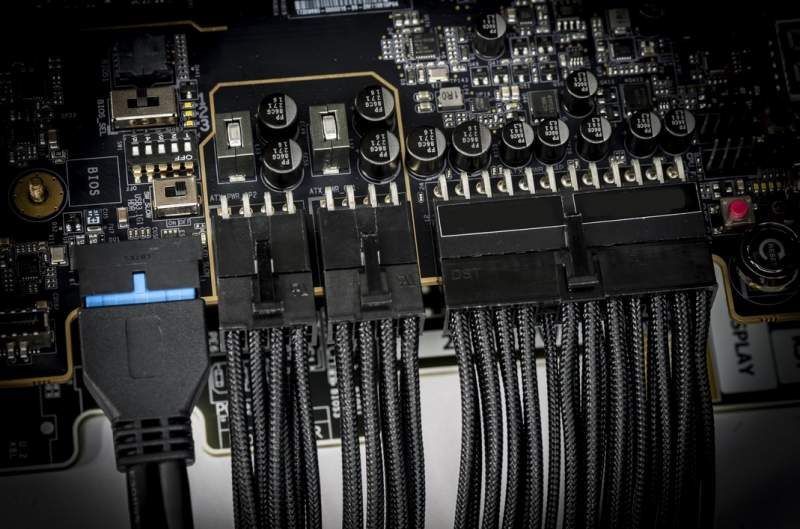 On first glance, it might seem like the motherboard has a micro-ATX layout. However, that does not seem to be the case since there is a toggle switch for the PCIe slots visible behind the front panel USB 3.0 header. It shows that there is a DIP switch with five options, most likely for disabling the expansion slots. There is also a USB 3.1 front panel header visible below the USB 3.0 header.

The BIOS is also a socketable-type, with a 3-setting toggle switch to select which to use. It even has LED indicators which light up to show which BIOS chip is being loaded. Although from the photos, we can only see one BIOS chip visible.

We just have to wait and see since the launch is almost here. Either way, it is nice to see a big effort being made in having a unique Z390 offering in the market. Instead of just adding RGB LEDs and calling it a day.