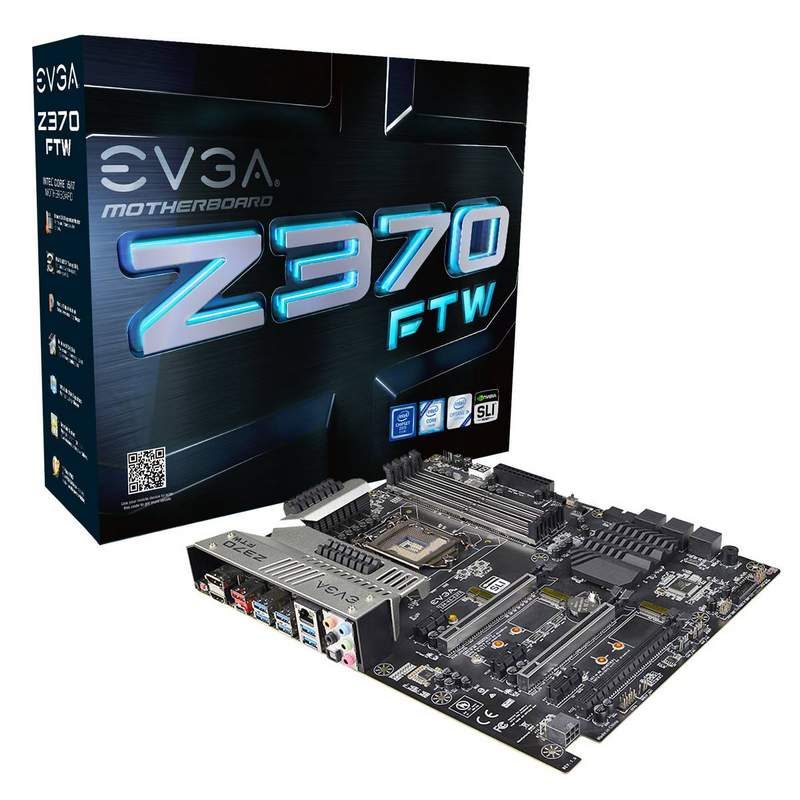 EVGA‘s Z370 FTW motherboard was announced during the Intel Coffee Lake launch, but they were not available for purchase until now. The motherboard is now available directly from EVGA’s website and represents the company’s mid-range ATX-sized offering. The board features plenty of extras for overclocking including on-board buttons, dual-BIOS switching and 11-phase digital VRM. It also has the same 2x Key-M 2280 and 1x Key-E M.2 slot support as the Z370 Classified. Instead of using a Creative audio solution, it uses the most current Realtek ALC1220 7.1 HD audio codec. Instead of dual Killer NICs, it uses a single Intel i219V Gigabit NIC. It lacks the extra 4-pin power for the CPU VRM but it retains the additional 6-pin power for powering the PCIe slots.

Unlike most motherboards which focus on bling, EVGA motherboards tend to be more functional. Their focus is usually around overclocking and stable performance. It supports on-board M.2 for WiFi and BT add-ons as well. It can be both a daily driver rig and be put under LN2 as well. Much of the board’s design factors in those who are into extreme overclocking. That is why the connectors on the edges are more conducive for test bench use, especially the PCIe power connector at the bottom. That part is not necessary for daily use, but for overclockers, it is easy to plug power without blocking the LN2 pot on the video card.

The EVGA Z370 FTW Motherboard is available now for $199 USD directly from their website. It is actually the only Z370 motherboard they currently have for sale. Their top end Z370 Classified and the micro-ATX Z370 Micro is not yet available. Which is not really a problem at this point considering Intel’s lack of Coffee Lake CPU stock anywhere.