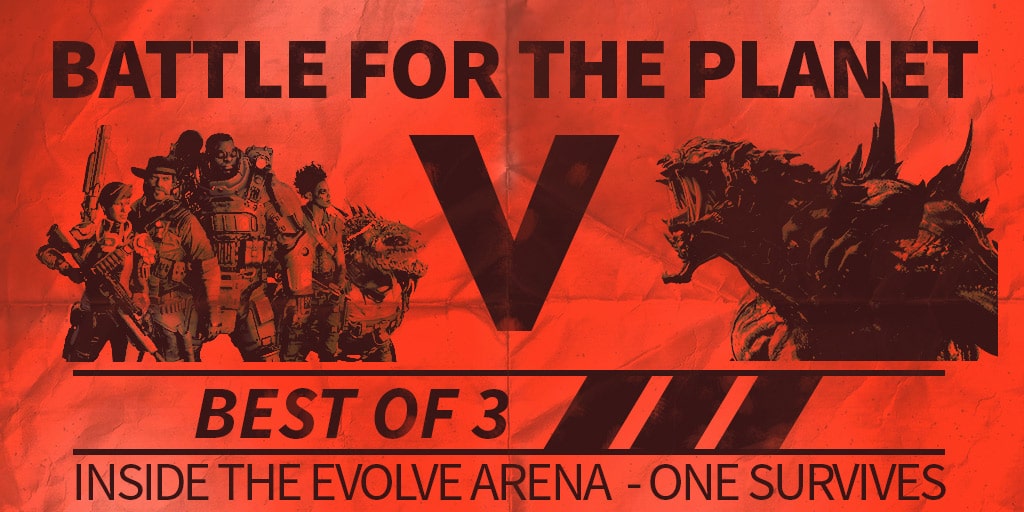 If patience isn’t your thing, Evolve’s Arena Mode takes the war to you, letting you hone your skills in full on combat, there’s no where to run, no where to hide, its kill or die.

Arena Mode places five fixed domes on each of the 14 maps in Evolve, for a total of 70 fun filled stages of killing sprees. Monsters and Hunters are pitted against each other in an up close and personal re-acquaintance. It’s best out of three, so you’ve got to make every stone, bullet and trap count.

When a victors determined, players are transported to another dome, where the fun starts all over again. All Hunters and Monsters begin with one perk, Monsters start at Stage 2 with 50 percent armor, they can feed to regain armor and evolve to Stage 3. Though its a tough task whilst dodging bullets and putting the hurt on those hunters.

The dome makes trapping a lot easier, limited space increases your chances of catching that beast. There’s no dropship timer, once a hunter dies he’s out till the next round, players can’t change their character or perks between rounds whilst monsters can change their abilities, with all that hunter tech really gives monsters a fighting chance.

Here’s a bit of game play.

I’m liking this addition, if you feel the same let us know in the comments section.

“Thank you Evolve for providing us with this information.”