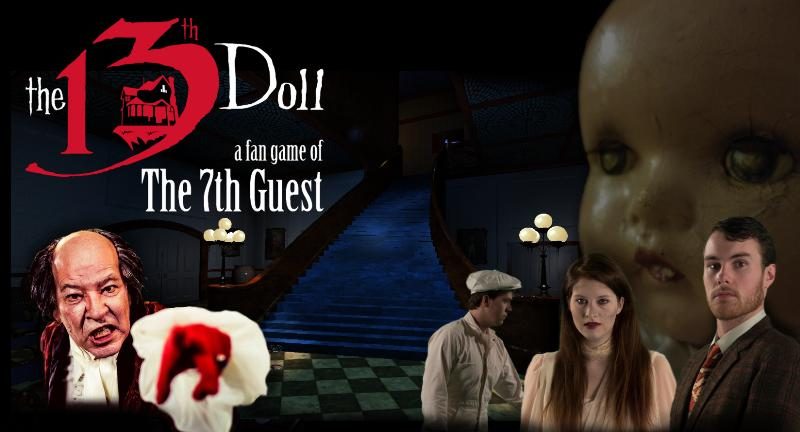 I have personally been aware of a fan-made project to bring a third instalment to the 7th Guest franchise for a long time. How long? Well, I first became aware of it at least 13-years ago and suspect, if I did some digging, that figure might be closer to 15 years ago. Despite the project having various ups and downs over the years, a successful Kickstarter campaign really started to get this moving in the right direction. This resulted in the first official trailer being released for the game!

Last year, producer Ryan Holtkamp was even kind enough to give us an exclusive interview and insight into the game’s development and history which you can read here!

Following a (grovelling) request to him again, however, Ryan has been kind enough to garner us with an exclusive copy of an early test build of the game. We have, of course, been thrilled to check it out! 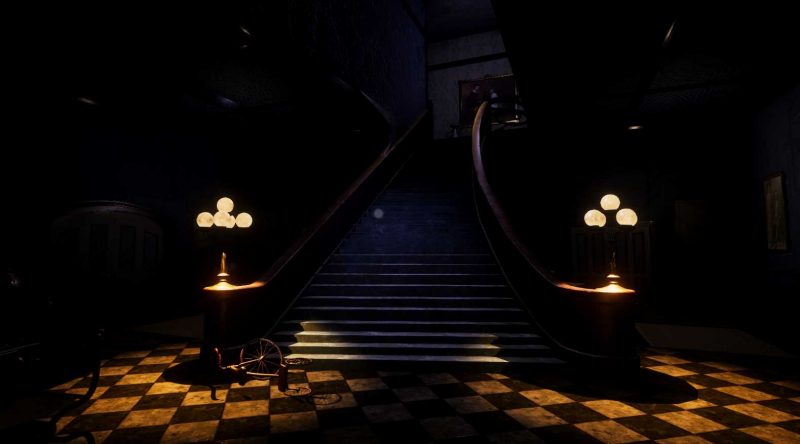 When we initially launched the game, we were treated to a pretty impressive title screen and, I must admit, I did get a little giddy when I heard Rob Hirschboeck’s ‘Henry Stauf’ welcome me back. Suddenly I was back in 1992 and feeling like I was experiencing the joy of The 7th Guest all over again. Right off the bat, this resonated with me! 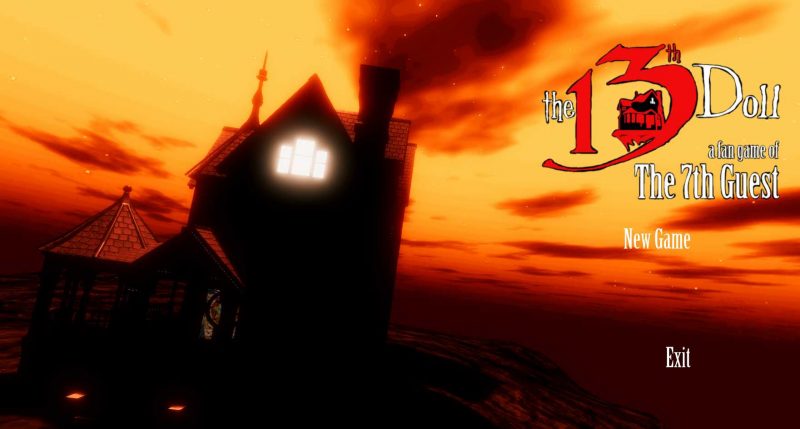 If you’re not familiar with the franchise, let me give you a brief run-down. You are essentially in a ‘haunted house’ in which you must solve puzzles to progress the plot. This has been the formula for both of the prior 2 releases. In this regard, the test-build was not found wanting. You have around 8 puzzles to solve in about 10 accessible areas. The puzzles themselves, while challenging, are not overly impossible.

In the puzzle below, for example, you must swap the position of the black knights for the white ones. Seemingly simple, but tricky in application. 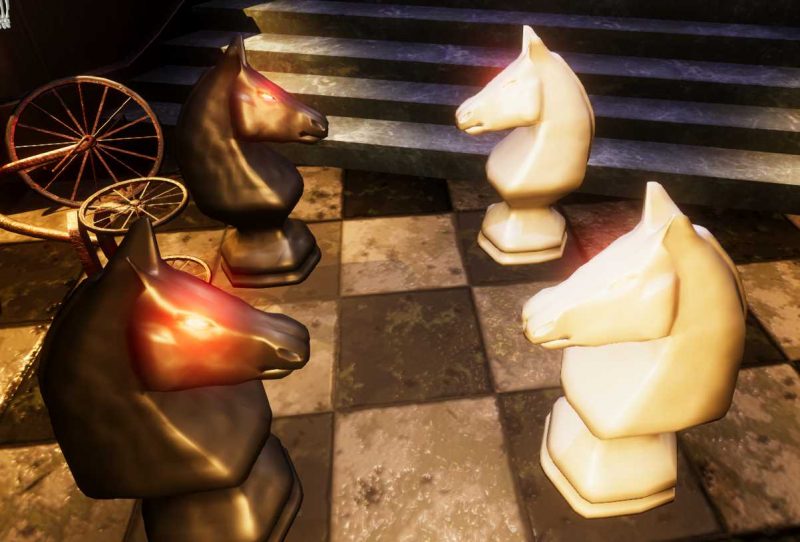 One of the main key factors of the original game was FMV (full motion video) sequences and The 13th Doll test build gives you more than a few to check out. Admittedly, these are a little out of whack in terms of the plot and I would’ve liked to have seen more from ‘Henry Stauf’. The FMV quality, however, is surprisingly good and very fitting to the ethos of the game. 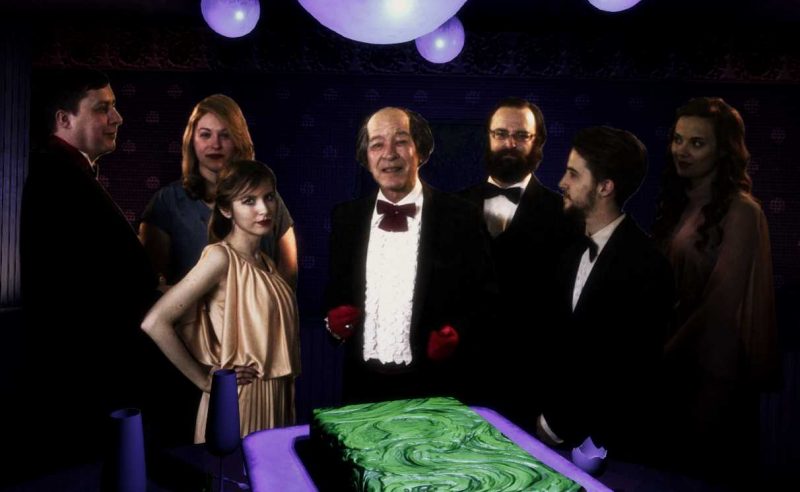 The game itself has been created using the Unity Engine and visually looks very impressive. Unlike prior games where you had fixed motion controls, in this version you are able to freely roam the mansion. As such, you can truly explore your environment which is surprisingly rich with content. All, I might add, while Henry Stauf taunts or events pop up to try and make you poop yourself a little. 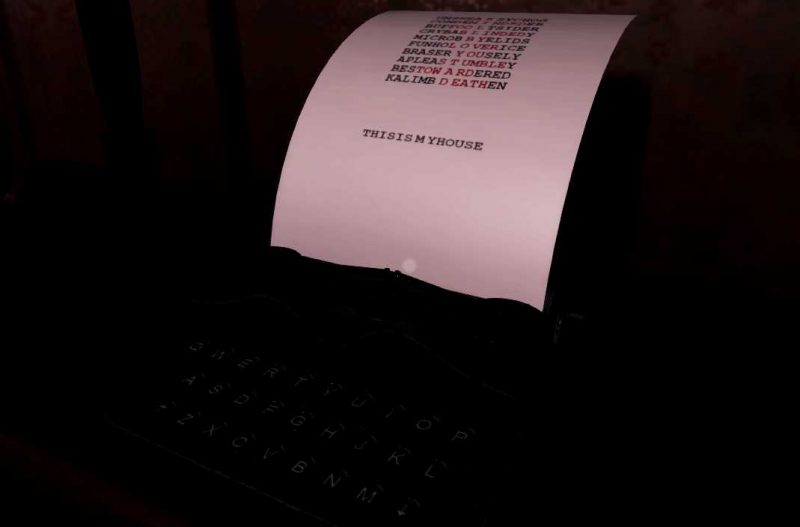 When I last spoke to Ryan, he indicated that a release date was being planned for around 2018. This was subsequently delayed with a release date now provisionally set for July 2019. In fairness, based on the test build, it was a wise choice. While the work done is good, there’s still a fair bit of ‘putting the pieces’ together required. As you might expect, the test-build isn’t perfect. It is, however, a very promising insight to those of us who have been with this project for a very long time! 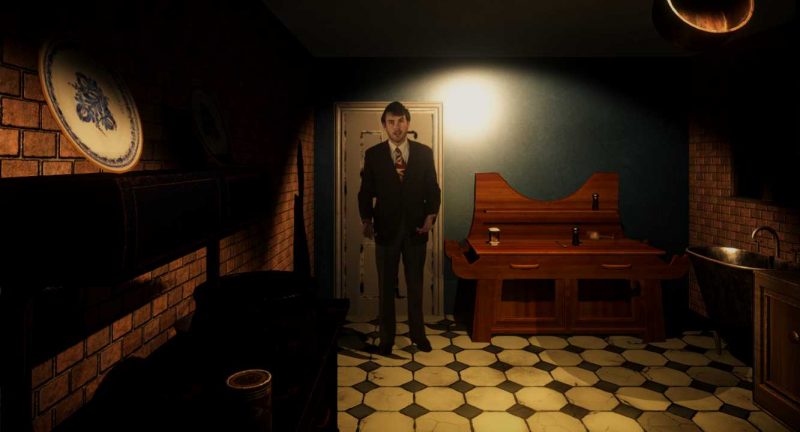 Where Can I Learn More?

If you are interested in the continuing work or, indeed, throwing a bit of financial support to the game, you can do so via their official website in the link here!

Remember that this is a highly ambitious game created by an amazingly talented, but small, group of fans. On the whole, however, the test build reveals that slowly but surely, this might be all starting to come together. Yes, the edges are a little rough. It was, however, fantastic to revisit the Stauf mansion again. I look forward to doing so in its entirety when the full release is made!

We, as always, extend our thanks to Ryan Holtkamp and the entire team at The 13th Doll.

What do you think? Are you impressed with their work? – Let us know in the comments! 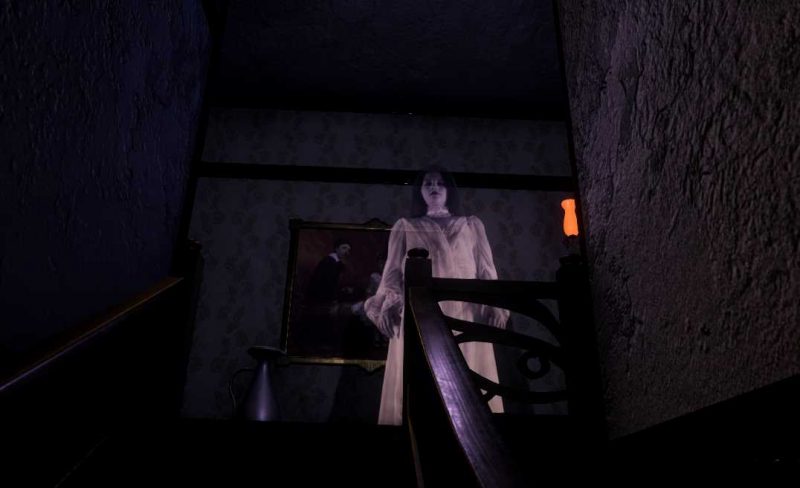