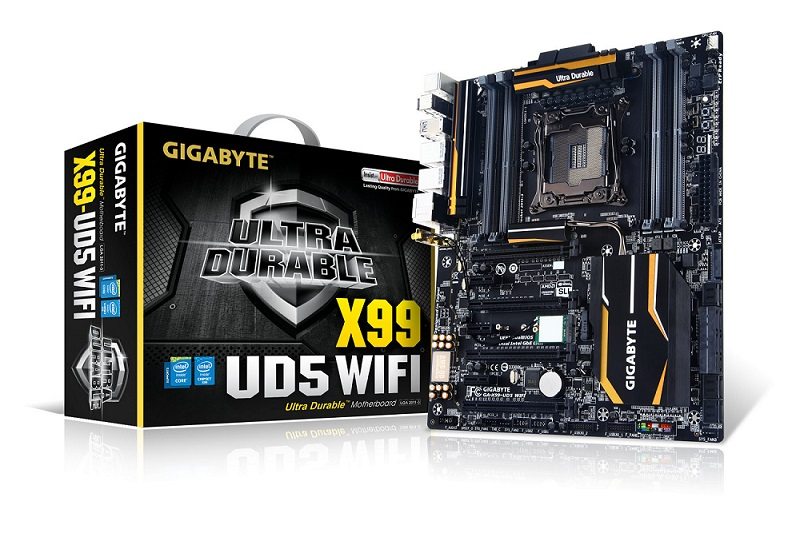 We have managed to get our hands on an exclusive picture of Gigabyte’s upcoming GA-X99-UD5 WiFi motherboard, pictured above. This motherboard will be part of Gigabyte’s Ultra Durable line for X99 meaning it has the black and orange colour scheme with some silver & grey accenting. Strangely the Gigabyte X99-UD5 WiFi is virtually identical to the flagship Ultra Durable motherboard the X99-UD7 WiFi. We’ve already had a look at that board and the similarities are striking. From further studying we have been able to confirm that there are a few noticeable differences between the two:

Those four things aside we can say that for all intents and purposes the two boards are more or less identical. This isn’t a bad thing because it means you can get a UD7-quality motherboard for the price of a UD5. However, it does pose a few problems for consumers when it comes to differentiating between the two.

Some of the features about Gigabyte’s X99-UD5 that can be seen from the board include:

The X99-UD5 WiFi looks set to be a cracking motherboard, offering almost all the features of a flagship but without the flagship price.