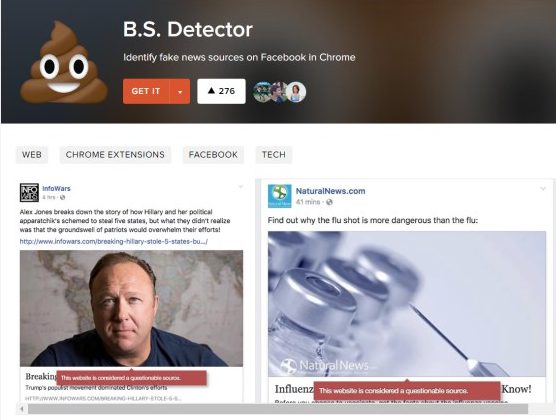 While Facebook has promised to tackle its fake news problem, partially blamed for Donald Trump’s victorious Presidential election, it has fallen to third parties to properly deal with the issue. One such method of curating fake news on Facebook is web browser extension B.S. Detector, which fact-checks each story posted to the social networking site and flags dubious articles: 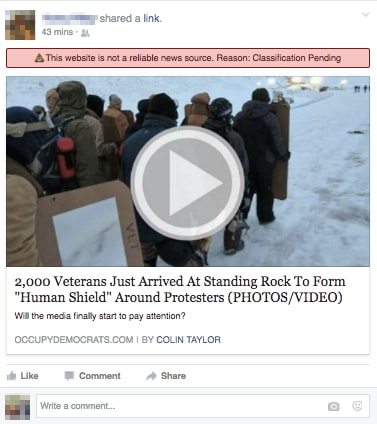 B.S. Dedector developer Daniel Sieradski created the extension as “a rejoinder to Mark Zuckerbergs [sic] dubious claims that Facebook is unable to substantively address the proliferation of fake news on its platform.”

Facbook’s counter-intuitive response, though, has been to block the extension:

“The issue is that Facebook is probably overthinking it,” Sieradski told Inverse. “Their desire to be as impartial as possible, so that they can blame it on an algorithm instead of taking responsibility for the content on their site, is their way of indemnifying themselves against any claims that they’re censoring content because of political bias.”

Facebook has not explained why it has blocked B.S. Detector, and is yet to implement any official alternative of its own.