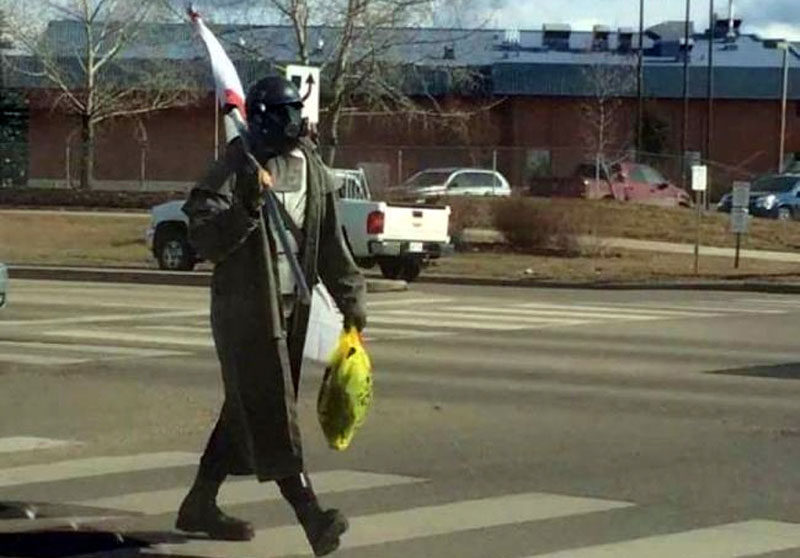 A Fallout cosplayer dressed as a solider from the New California Republic, was mistaken for a terrorist in Grande Prairie, Alberta recently after residents saw him walking around with a gasmask, helmet, armour, trench coat and bullet belt on, as well as a giant flag of the NCR on his shoulder. CBC reports that the Royal Canadian Mounted Police received calls from concerned citizens that the Fallout cosplayer carried something that resembled a bomb on his back. The threat was taken seriously and at least eight police officers responded. He was observed entering a local business in a strip mall, so the officers evacuated all those nearby while securing the location. 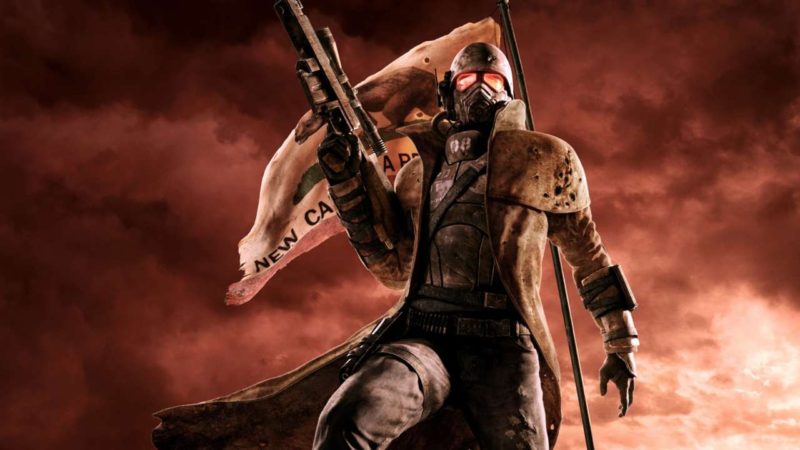 The business he entered was Lynn’s Alterations at Bell Tower Plaza and apparently, he only wanted alterations to his costume according to store owner Hoa Huynh. Huynh was taking measurements when the RCMP called him on the phone and asked to check if there are any suspicious wires on the costume, after which they asked him to exit quietly out the back door so they can make contact with the suspect.

Soon after, it became clear to the officers that the Fallout cosplayer was no threat and that the cans on his back were actually just Pringles potato crisp cans painted silver. “We have to believe everything is real until proven otherwise,” said RCMP Cpl. Shawn Graham. “In the end you’ve got a good feeling after going, ‘OK, there wasn’t a bomb, there was no intent to do anything criminal, it’s just someone with their costume.'” 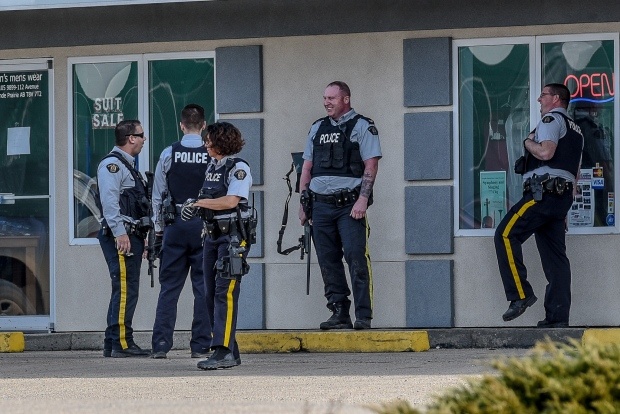 Graham adds that there is a time and place for costumes such as conventions and similar events, but “wandering around downtown is maybe not the place to do it”.