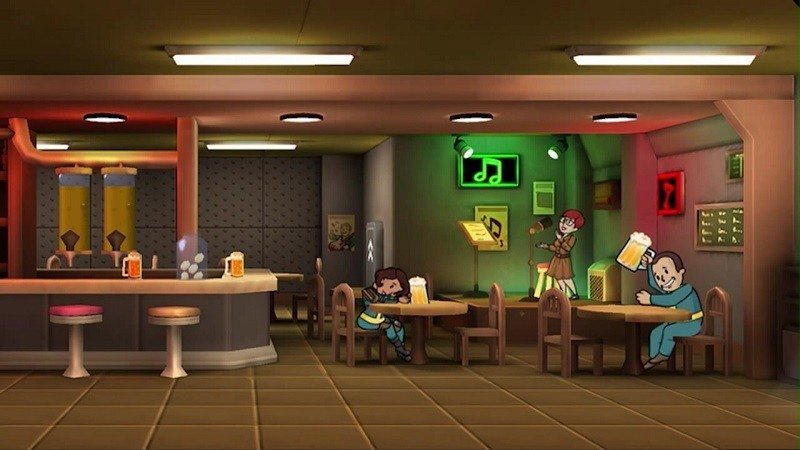 Players of Fallout Shelter take on the role of overseer for, well, a fallout shelter, much like Vault 101 from Fallout 3. You are tasked with rescuing survivors from the wasteland, designating their SPECIAL stats, and assigning them jobs within the shelter. Dwellers of the vault can even be paired up to breed, increasing the population and ensuring the future of mankind.

A mobile iteration of Fallout was teased as early as 2009, with Game Director and Executive Producer Todd Howard saying at the time, “I think that the world of Fallout is unique enough that it could work on any platform. I think some of the things we do like VATS, I think that could translate to any platform, particularly the iPhone.”

Bethesda is hoping that the buzz from Fallout Shelter will carry through until the much-anticipated Fallout 4 – gameplay footage of which was recently leaked from a closed doors session during Gamescom – which is due for release on Xbox One, PlayStation 4, and PC on 10th November this year.