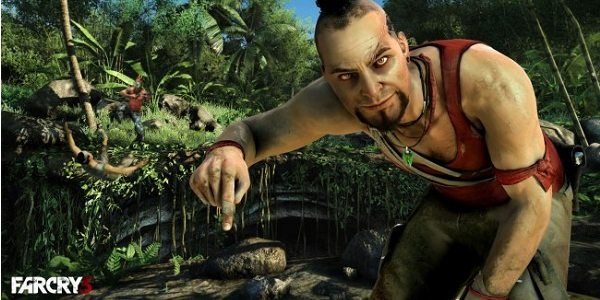 Get ready to give your graphics card a thrashing, if the last two Far Cry games were anything to go by this one should be an absolute treat.

Far Cry 3 is still set in an open world environment, allowing players to go from mission to mission in a freeform style instead of being guided down a linear path. According to Ubisoft, the game’s freedom is also tied to the way its narrative progresses. This also allows players to plan their mode of attack well before striking at the enemy.

The player has the choice of attacking head on, or sniping from a distance. This time around, the player can even plan an ambush on an enemy through the use of C4.

Unlike Far Cry 2’s “hard-edged political cynicism,” Far Cry 3 places a more personal focus on the protagonist, “charting the character’s spiral into violence, and quite possibly madness on an archipelago where everyone else else seems to have a head start.”

One of the game’s missions is described as a “hallucinatory push through an island’s underground caves.” The protagonist, Jason Brody, is injured and searching for a doctor.  He heads up a wooden slope and finds a wooden shack where Dr. Earnhardt resides.  The doctor, who himself speaks in a “jittery, dreamy fashion” administers an injection saving the player’s life (kind of sounds like Far Cry 2’s malaria idea to me).  The doctor asks the player to retrieve mushrooms from the cave system nearby, and the mission itself is without any shooting elements.  Rather, the player must explore and do a bit of platforming.  The player must contend with his hallucinations while navigating the precarious path.  The walls reshape, his hands trail ephemerally through the air, and the perspective becomes unreliable.

Ubisoft says that the mission demonstrates the game’s preoccupation with mental states, as Jason Brody loses his grip with reality.

Insanity is a recurring theme in Far Cry 2, and one of the game’s main antagonists, Vaas, examplifies this. Vaas is described as a sociopath and “very nearly a psychopath” with a respect built on fear. It’s unclear whether Vaas has taken Brody’s family hostage, but Brody intends to find out one way or the other.

Every mission in the game allows the use of stealth and other creative approaches beyond simply shooting everything in sight, as the design of the environments compliments every style of play.

Developed in-house at Ubisoft, Far Cry 3 is set for release this year on the PC, Xbox 360 and PlayStation 3.

The publisher is expected to release more information this coming Thursday with the reveal of a new trailer, if that holds true you can expect a full update from us as soon as we have it.