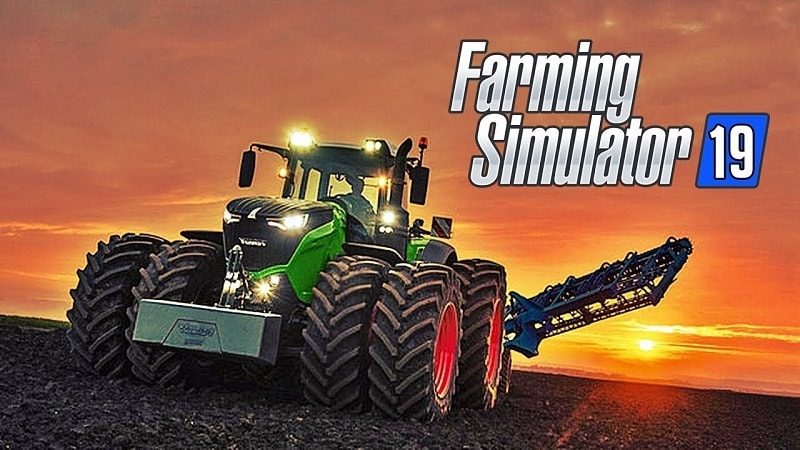 While some of like games full of action and adventure, others prefer something a little more sedate. It’s exactly for that reason that a game such as Euro Truck Simulator 2 has become such a big seller. Despite it not sounding interesting, it is fun playing a game where your only objective is getting from A to B while people able to listen to live radio.

As such, many will be delighted to hear that Farming Simulator 19 is on the way, we have a reveal trailer and that it will be released around Q4 in 2018.

The attraction in such games

Farming isn’t an easy job. Living in a village I know several friends who do it as a profession and they would confirm that and then some. So if you think Farming Simulator is an easy game, you would be mistaken.

You might, therefore, wonder why a game with such a reasonably simple premise gets regular sequels. Well, Farming Simulator 2019 is set to bring some big new changes to the game.

In a report via DSOGaming, the latest edition of the game will include several new improvements to the previous title.

Firstly, the game will receive a complete overhaul of the graphical engine. If that soil and corn didn’t look realistic enough for you before, it should do now. In addition, they plan to expand the farming experience beyond anything seen before, this includes; new farming vehicles, 3 unique ‘worlds’, the ability to expand your farm and even solo or co-op play.

Is it worth getting?

Pending any further news, I would argue yes. If you enjoy methodical and relaxing games, such as Euro Truck Simulator, this is going to have a lot of appeal to you. In addition, you do generally tend to learn a lot when playing these games.

Farming Simulator 2019 is expected to release in Q4 2018 and if you’re after a change of pace, might well be worth a look.

What do you think? Are you a fan of the series? What do you like best about it? Planning on getting this new release? – Let us know in the comments!