Sometimes it is frustrating to watch a foreign film, especially when you have to read between the lines and make sense of a minimally translated dialog. A father and son thought about it and came to the same conclusion, so they went on developing a piece of software which will change all this.

The software resulted is called Alugha, which translated from Swahili means ‘one language’, having the software currently be in beta. Bern and Nikolas Korz, the people behind the software, are working to achieve native-language translation of movies, available within the original file, helping viewers concentrate more on the movie’s action. The idea behind Alugha was born when Bern was doing videos on YouTube and his own Channel, at which point he was asked to translate them in English. He later found out that the process was hard and time-consuming, therefore another alternative needed to be found. While searching for some piece of software to translate his movies, he found out that there was nothing of the sort available. 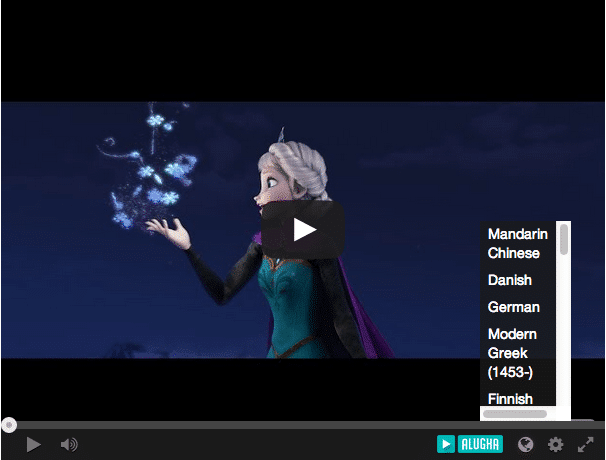 Bernd and his son Nikolas then set out to solve the problem at hand and came up with the current software, Alugha, concentrating at first on YouTube. The piece of software comes under the shape of an extension for all browsers. Furthermore, with the help of their HTML5 player, users can embed their own videos without the need of using the YouTube service. Producers can create and upload audio files in any language to the Alugha servers, having them connect to the same video on the back-end. Also, description and titles are translated to help viewers read them in their own language without the need of third-party software.

Alugha accepts audio files limited to 20 MB, having users restricted to upload them under the MP3 or WebM format. The audio file specs have been set to 160 Kbit/s or 190 Kbit/s rates for MP3 or full HD rates for WebM formats. Users can choose to switch languages in real-time, even when the video is playing, and Korz seen the piece of software a benefit to motion pictures, games, trailers, speeches and product demos. Having support only for YouTube at the moment, it is said that popular platforms such as Facebook and Vimeo are considered in the future, as well as support for iOS, Android and Windows Phone applications.

In terms of language support, Alugha features most registered ISO-638-3 languages, focusing on the 50 most popular ones. Korz adds his opinion towards Alugha, stating it is a ‘massive energy saving’ piece of software when producing a movie, giving the option to attach different language tracks and increasing traffic to a single video while adding additional benefits to those using AdSense and Advertisements in their videos.

Alugha is said to come out of beta in August, bearing various extensions and a download section on the product’s website with links to different platforms and browsers. The software will have a free scheme for producers, providing the most basic support, with additional charges for those who want more features.