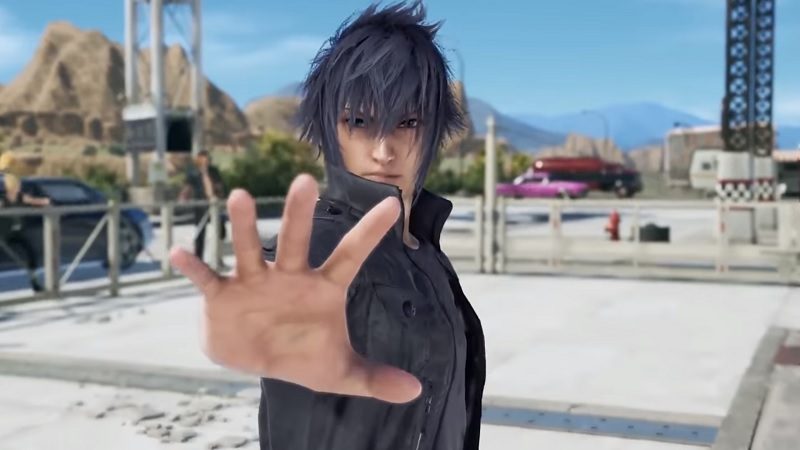 Noctis Makes His Appearance in Tekken 7

In fighting games these days, having addition characters arrive as DLC is nothing new or of surprise. Tekken 7, however, has just released a video giving us some gameplay footage from it’s next addition to the roster. In what initially appears to be a trailer for Final Fantasy XV, the new character introduced is actually Noctis.

Yes, Noctis who has been wowing PC users in Final Fantasy XV following the Windows Edition release is nearly ready to arrive as a playable character in Tekken 7.

His introduction as a new character is no secret. In fact, the announcement was revealed back in November 2017, so while we have known that this has been coming for a while, 4 months for the introduction of a character to a fighting games roster is quite a while. In the below video though, it seems that the wait may have been well worth it.

The footage released shows some of Noctis’ fighting moves as well as a location from Final Fantasy XV making its way into the game as a level. This will represent the third DLC released for Tekken 7, but perhaps, based on prior releases, the most anticipated in the series to date.

When is the DLC out?

The Noctis Lucis Caelum DLC (that’s his full name apparently) will release on all formats on March 20th. So if you are looking forward to this (particularly after the video) the good news is that you only have a week to wait until you can give him a try for yourself. While I can not confess to personally being a big fan of fighting games (largely due to my complete lack of ability) I must admit this DLC looks pretty awesome.

What do you think? Are you a fan of Tekken 7? Own any of the DLC? Planning on getting this expansion? – Let us know in the comments!