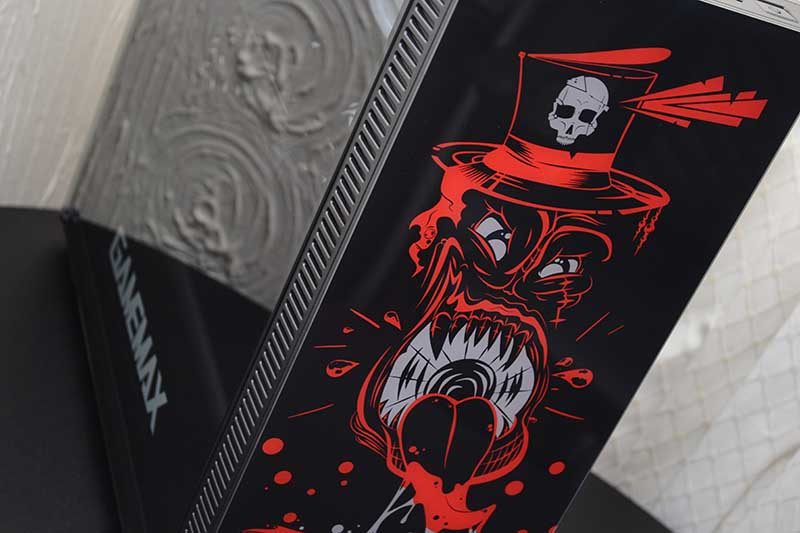 With one of the coolest names in the business, we expect the gaming PC’s from Fierce PC to be pretty special. The last system we reviewed certainly was special, when it came equipped with the mighty GTX 1080 Ti and Ryzen 1700 that set some impressive benchmarks. Now we’re back with their latest system called The Witch Doctor. If that name doesn’t inspire confidence in this being cool, nothing will.

So what’s so special about this system? For starters, it comes with a heavily overclocked Intel Core i5 7600K. To hit the higher clocks and keep things cool, there’s a custom loop water cooling setup and 120mm radiator. This also comes with Mayhems pastel white coolant, which ensures it’s going to look super slick. Moving on, you’ll find a GTX 1070 and Z270F motherboard from ASUS. Finally, fast storage, DDR4 memory and more.

Why The Witch Doctor?

Ever the creative types, Fierce PC are using the latest Game Max Draco RGB chassis. The big twist here is that it’s been treated with what Fierce PC call HD Armour. There are other variants available, such as Shaman, and Gobbler, but we have the Witch Doctor decal on ours. This goes behind the tempered glass front panel, allowing for a freaking sweet custom design on the front panel. We’ll take a closer look at that shortly.

We know that serious gamers need serious gear, so that’s why we’ve put together this PC using tested, quality high-end components in order to give you the best performance possible, at our best prices.

The Witch Doctor is one of our highest power specified gaming PCs, and thanks to the power of the new chips you’ll have silky smooth, immersive game-play. This system is powered by the Intel Core i5 7600K Quad-Core CPU overclocked to as high as it will go on all cores, as well as the ASUS ROG Strix GeForce GTX 1070 8GB Graphics Card and 16GB of 3000MHz DDR4 memory. Your CPU will be fully stress tested and stability tested to ensure your overclock doesn’t let you down. Cooling is provided by the stellar, yet simple custom loop built into the PC – featuring a 30mm thick 120mm radiator and opaque white fluid, it’ll pick up the colours of the RGB fans and give a great look to your PC.

Storage comes in the shape of a 512GB M.2 Solid State Drive to increase the speed, durability and efficiency of your system for years to come. Boot up in seconds and fly through the most demanding applications. Alongside a 2TB Seagate FireCuda Solid State Hybrid Drive with up to 5x faster speeds than any ordinary HDD for a vast amount of file storage.

A unique, glossy-finish front panel design, our new Witch Doctor HD Armour customised panels will make your PC stand out from the rest and give your case that personal touch. The Tempered glass case is harder and more impact resistant than normal glass and very stylish and classy, moreover, it’s better than aluminium and plastic panels at containing noise. Equipped with vivid, customizable RGB LED lights, enabling further personalization for your build. Includes 1 Year of BullGuard Internet Security, and the latest version of Microsoft Windows 10 Home pre-installed with drivers.