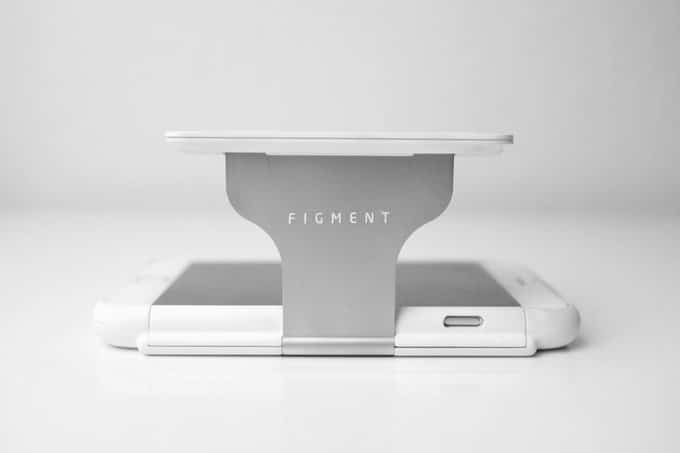 From time to time we take a break from the heavy work in the office to take a look at the future of technology. Not by checking out the specifications of the Apple iPhone 7 or Samsung Gear 3, but what backstreet innovators around the world think needs to be created. Kickstarter is a perfect place to have a look and the newest project looks simply amazing.

Today I happened to stumble across something that will make VR accessible (and stylish) for everyone. Figment is a mobile phone case with VR goggles attached.

VR started out on Kickstarter a few years ago with the Oculus Rift, this isn’t exactly a mobile option though and designed to work with high-powered computers. Google then released Cardboard which tapped into the power of mobile devices, but the box was bulky to carry around and likely to break.

Kickstarter backer pledges seem pretty reasonable with an Early Bird $49 offer but now has increased to $55 with over 300 left so be quick to grab this offer. For that price, you get a stylish phone case with VR and AR capabilities and not only that, it has a kickstand for your phone too.

The campaign has already hit the original production goal of $75,000, but you can still donate here. This is currently only available to iPhone 6 users, but there are plans on the way to release versions for popular Android and Windows Phone users.