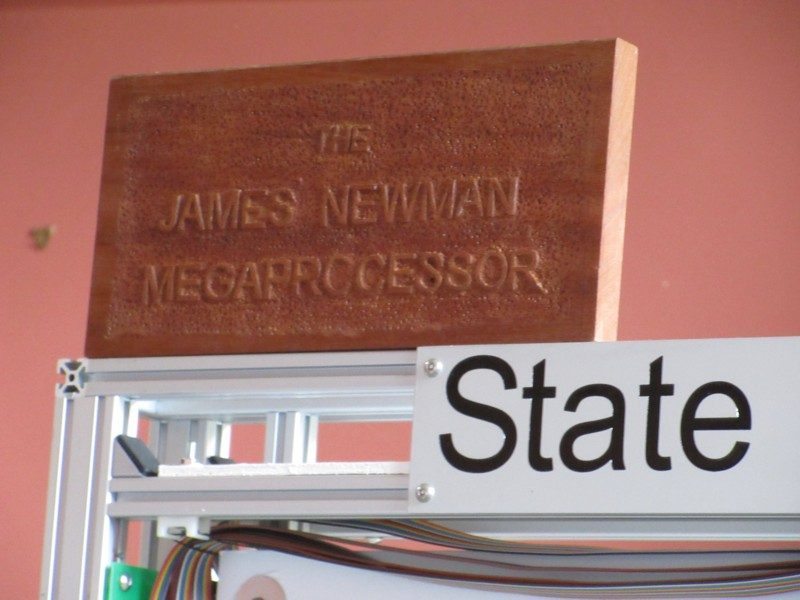 When it comes to decorating your living room many things come to mind from fancy mantlepieces to exotic decorations or even just a big screen TV and all the latest games consoles. UK resident James Newman, on the other hand, has bigger ideas, creating a room-filling ‘Megaprocessor’ that is certain to attract the attention of any guests and serve as a good talking point.

Coming in at almost 20 metres squared and weighing almost half a ton across the seven frames that hold its various components, the Megaprocessor is certainly an impressive machine, however, its other statistics may leave a little to be desired compared to many modern computers: 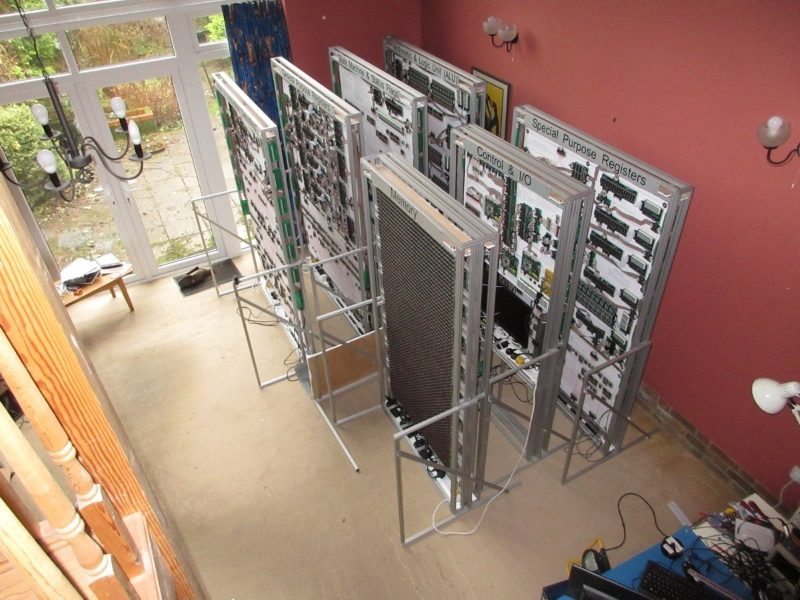 Regardless of its actual processing power, Newman created the Megaprocessor in order to allow people to see just what goes on inside a processor as the size and speed of modern computers make this impossible. Instead, the Megaprocessor makes use of a huge number of LEDs to allow people to easily see what is happening in the processor and Newman even hopes that when it is complete, it will be able to run in a step-by-step mode to make further tracking even easier. It may nearly be done, but many more pictures of the in-progress Megaprocessor can be found at Newman’s blog for the project/