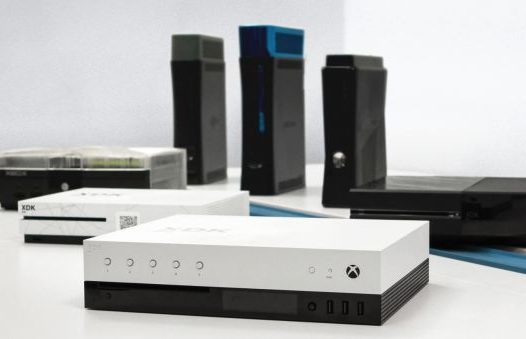 The pre-release buzz for Project Scorpio – Microsoft’s 4K, 6 TFLOPS Xbox One hardware refresh – is continuing unabated in the run-up to its Q4 2017 release, stoked further by the recent reveal of the console’s specifications. Praise from those who have experienced the Scorpio thus far has been universally positive, with some calling the gaming platform “impressive,” a potential rival to PCs (stifle that laughter, Master Racers), and “the most powerful console ever created.” A single dissenting voice has now emerged, though, and from a surprising place.

When the Scorpio’s spec were unveiled in a Digital Foundry exclusive, one of the games demoed on the console was Turn 10’s Forza Motorsport, which ran in native 4K and 60fps. In a follow-up interview with Gamasutra yesterday (17th April), Turn 10 Software Architect Chris Tector spoke candidly about developing for the Scorpio. While Tector has plenty of praise for Microsoft’s hardware, he did call out the console for one critical flaw.

“We didn’t get to the right place with audio hardware. On all of Xbox One. And we were hoping that would improve,” Tector told Gamasutra’s Alex Wawro. “Because that would really open up some CPU headroom for us. I don’t know if I’m calling out something I’m not supposed to! But we do a lot of heavier-weight audio than some other games do, and it means we do a lot of real-time mixing of that. Because the way we generate an engine is more of a simulation based on a whole lot of loops. But it means that we’re modelling the different subcomponents within the car. So not just the engine, it’s actually transmission and an inner cooler and blah blah blah, all these little bits on the engine that we’re building up, and then that’s a final mix on one car. And then we’ve gotta go do it on the next one.”

“So it’s pretty heavyweight, and we have some heavy requirements around that,” Tector added. “But we’ll get there someday.”