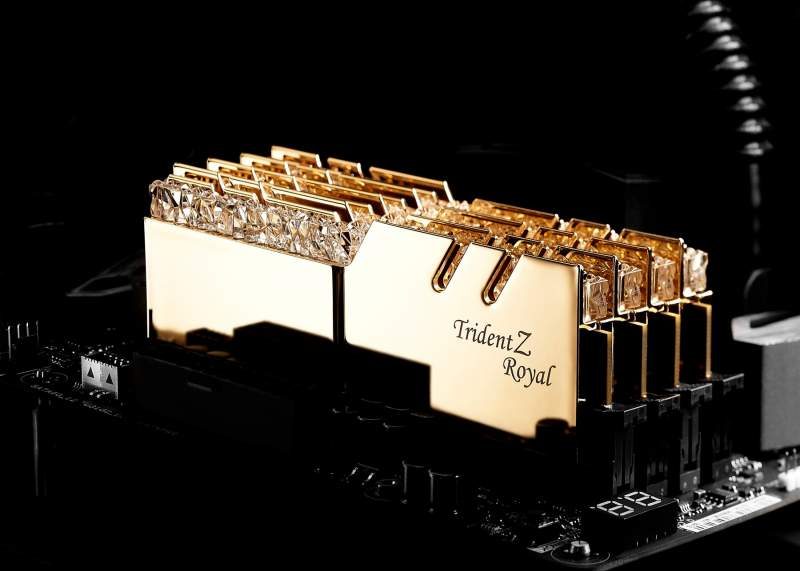 G.SKILL is launching a new DDR4 memory kit lineup they are calling the Trident Z Royal series. Its heatspreader shape and design is similar to their existing Trident Z RGB. However, it differs with its use of highly polished gold or silver heatspreader colour instead of brushed metal black. Underneath, it is still an aluminium heatsink so it has similar heat dissipating properties as the original.

Does it Have RGB LED? 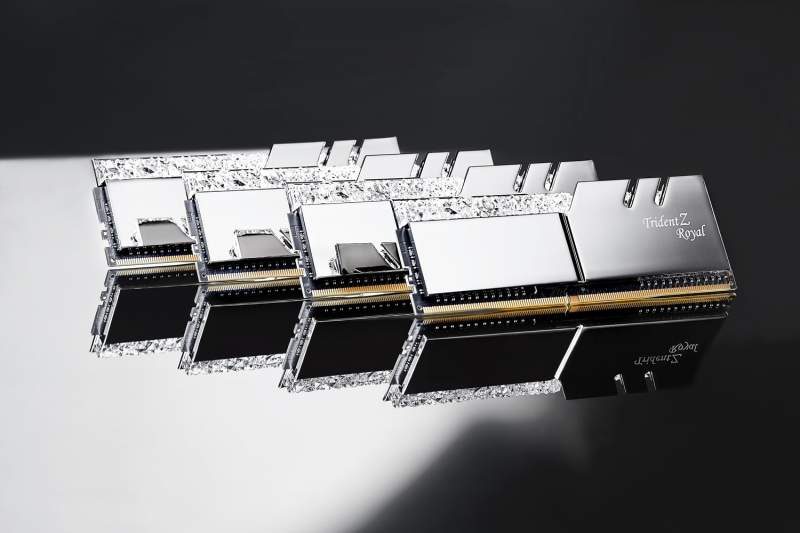 What Kit Options are Available from the G.SKILL Trident Z Royal Series?

G.SKILL offers the Trident Z Royal from 3000MHz to 4600MHz speeds.  All readily support XMP 2.0 and are compatible with Intel dual-channel or quad-channel systems. 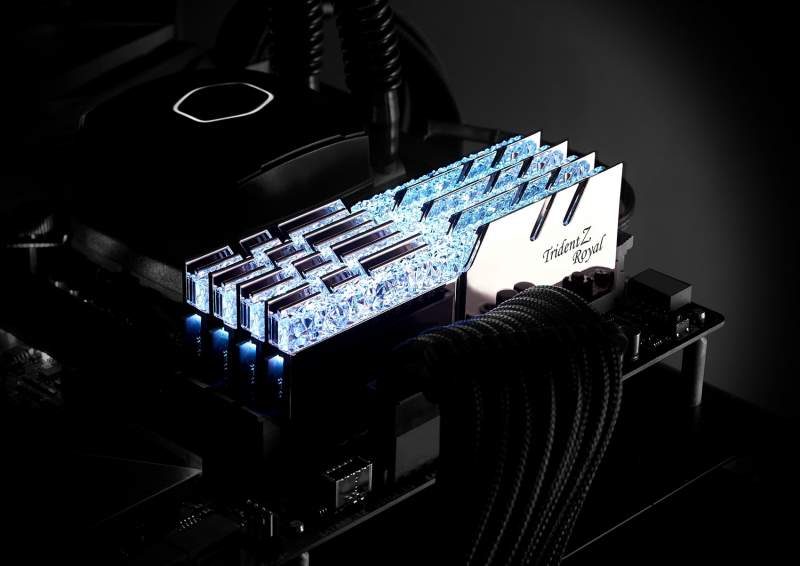 See the table below for the full specifications: 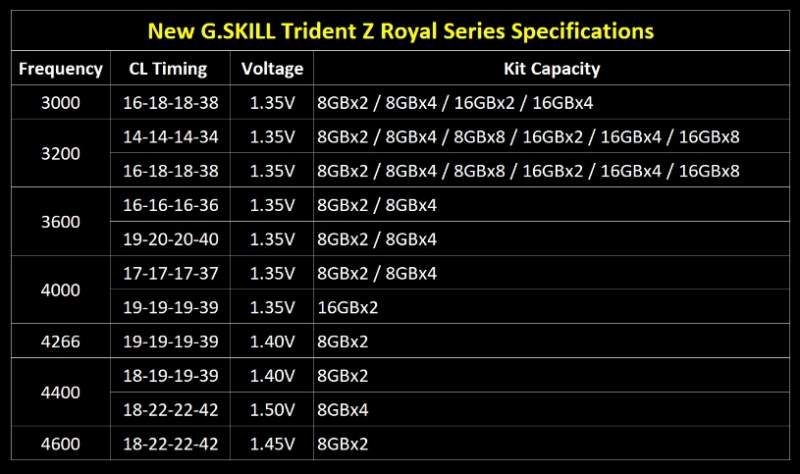