With a long history of producing extreme performance memory kits, we couldn’t help but stop and see what G.Skill had at this years show. They’re a fan favourite with many enthusiast overclockers, and honestly, it’s not hard to see why. They regularly smash records for high clock-speeds on their memory kits, and it looks like they’re not slowing down any time soon.

The new 4200 MHz kit (pictured above) looks stunning with its multi-zone lighting. Fancy RGB yes, but also fast performance and tighter timings. Of course, there’s a 4133 and 4000 MHz kit also, available in both 16GB and 32GB kits.

So-Dimm may not capture the imagination like the bigger modules, but with mini-ITX getting support for extreme CPUs, we need extreme RAM too. Running at 3200 MHz CL 18-18-18-38, their new 32 GB (8 x 4GB) is just all out insane for such a small kit. Well done G.Skill, we’re impressed!

Even on a NUC they’re rocking a staggering 3600MHz, this is a custom build though (obviously) and the memory was even water cooler… because, why not!

It wouldn’t be a Computex booth if there weren’t mods on display. The enthusiast modders and overclockers managed to take these new memory kits and push them hard. They all used the TridentZ RGB Series, and one system took the RAM to a staggering 5066 MHz, which is just insane. All systems appear to be water cooler on the CPU or GPU, but the memory is on airflow only.

Their latest and greatest kit, no doubt in limited supply. They come with a stunning silver or gold finish heat spreader. Furthermore, the RGB lightbar has a crystal finish to it. I think it’s a little too “bling” but I can certainly see the appeal for some builds. 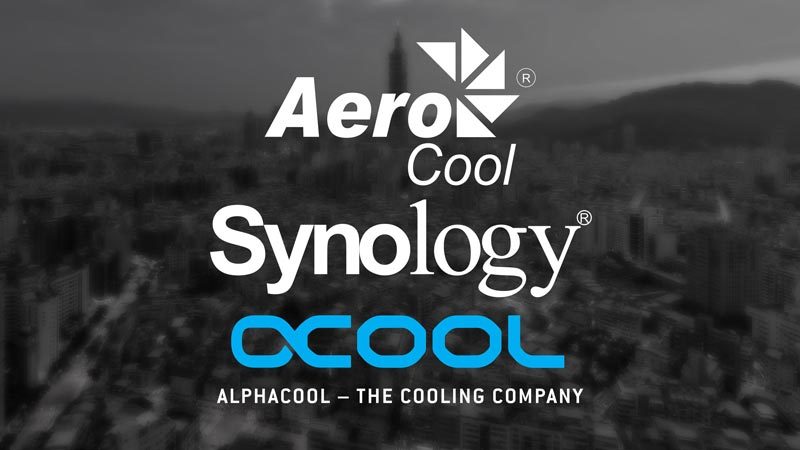 We would like to say a big thank you to our sponsors Aerocool, Synology, and Alphacool. Remember, you can check out even more Computex 2018 coverage on eTeknix.com here, as well as our latest 4K video coverage on our YouTube channel. You’ll find our social media links below. Follow us for even more information, teasers, previews, updates and more!