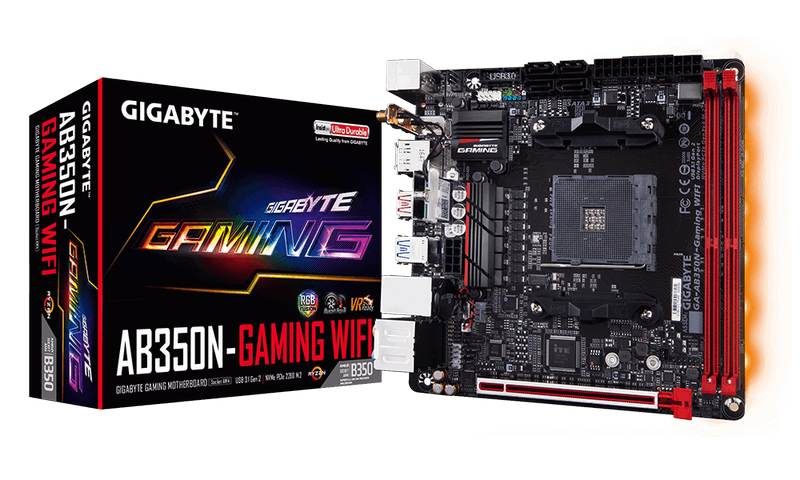 While many users are excited about the resurgence of AMD processors, some are for more mini-ITX options to show up. For those users, Gigabyte has some good news. They are now announcing the GA-AB350N-Gaming WIFI motherboard. The GA-AB350N-Gaming WIFI offers all the features expected of a B350 chipset, but in a compact form factor. The features built-in include RGB LED headers, USB 3.1 Gen 2, high-quality onboard audio and more.

The rear IO has a PS/2 port, two USB 2.0 ports, two USB 3.1 Gen2 ports (in red), and four USB 3.1 gen1 ports. That’s plenty but there is also a USB 2.0 and a USB 3.1 gen1 header onboard for four more additional USB ports. The display output has an HDMI and a DisplayPort and there are six audio jacks for the Realtek ALC1220 HD audio codec. There is a Gigabit ethernet port via Realtek and the on-board 802.11ac dual-band is built-in, bundled with an antenna. It is not shown in the promotional photos but the PCIex4 M.2 slot is actually at the backside. 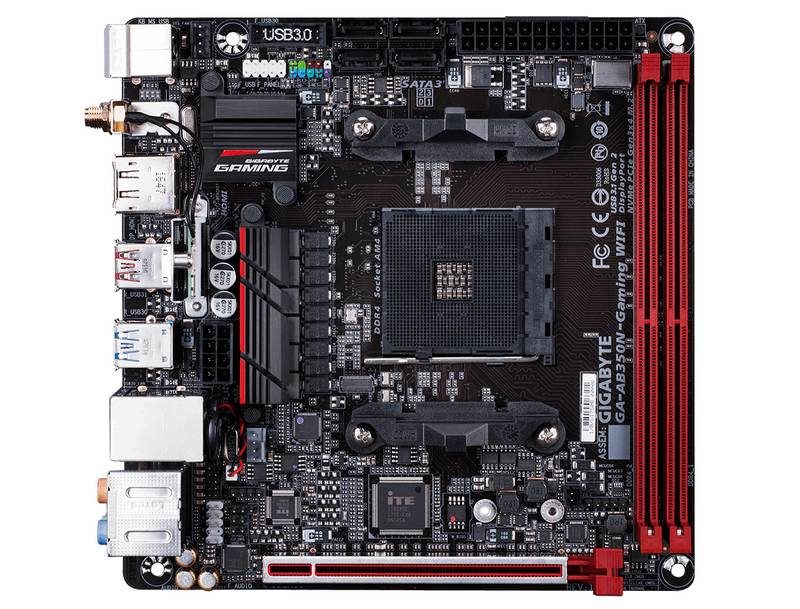 The layout is slightly different than what most mini-ITX users are familiar with. The chipset for example is where the 8-pin CPU power connector is and the 8-pin is behind the rear IO.  This is due to the fact that the AM4 socket takes up quite a bit of space with its mounting bracket. The 24-pin and SATA ports are at the top since the DIMM slot takes up the right side. The PCIe x16 slot is right where its supposed to be and is reinforced with shielding.

The Gigabyte GA-AB350N-Gaming WIFI motherboard retails for $114.99 USD and is available now in most retail stores.