The new GTX580 from Nvidia has finally been benchmarked and pictured, albeit on chinese tech forum OCQQ.

We at eTeknix thought that it would be a good idea to translate and summarise exactly what is being said about the GTX 580 and its real-world benchmarks.

The first model to be publicly benchmarked, that we can see, is branded by Galaxy and it features the new GF110 core with 512 stream processors, a default core clock of 772MHz, a shader clock of 1544MHz and 1536MB of GDDR5 memory clocked at 4008MHz on a 384-bit memory interface. 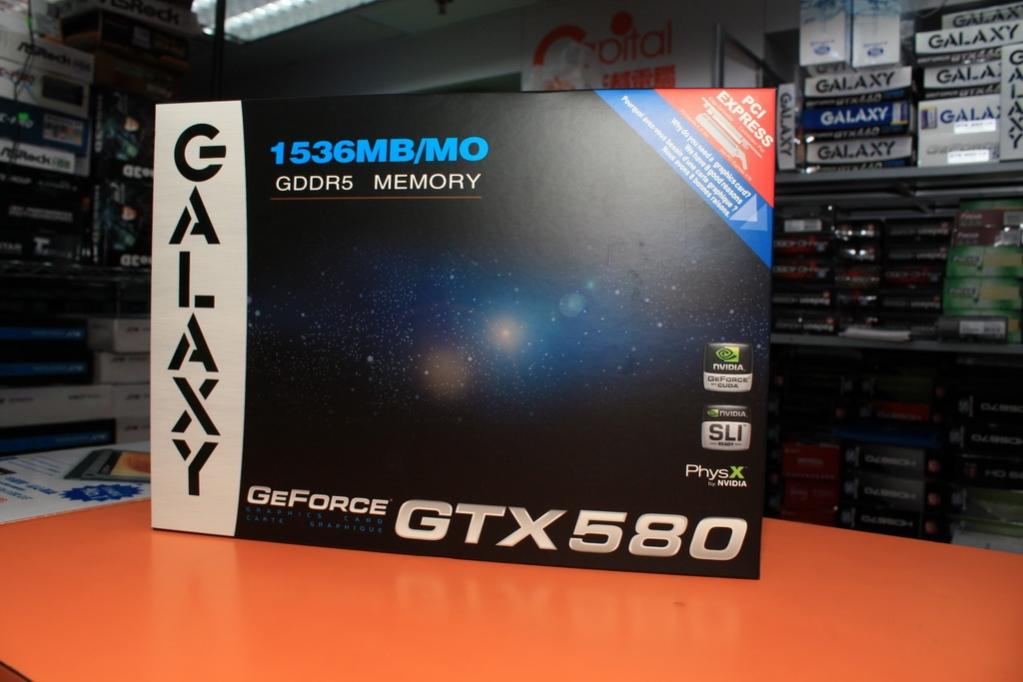 As we can notice, the numbers by default are better than the previous GF100 cards and judging by the size of the box, the card would seem to be quite large. 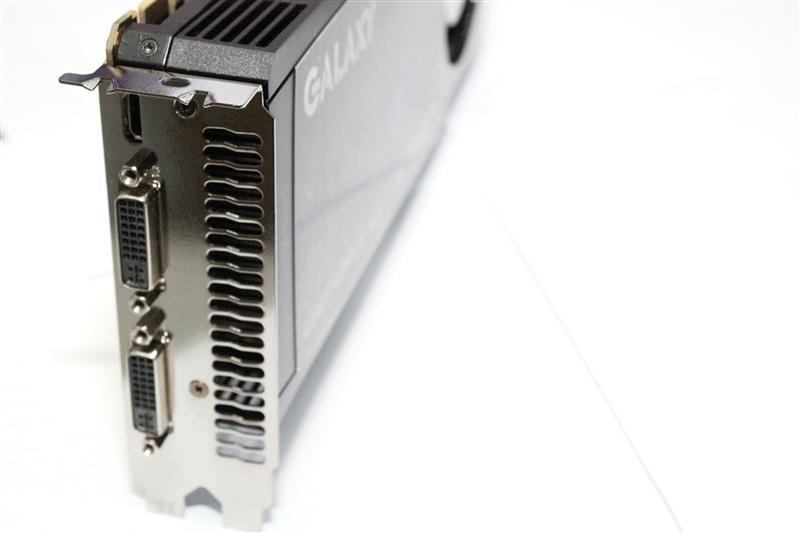 The GTX580 features 2 DVI connections and a single HDMI connection. The same style layout that we’ve seen on previous Fermi based cards.

The card does come with some included accessories, from the looks of things, it seems that a DVI > VGA converter and possibly even a HDMI or DVI cable. 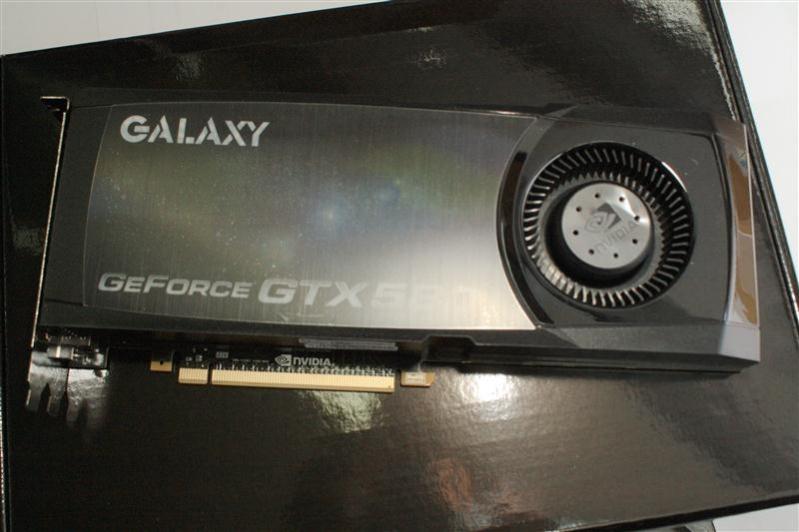 As we expected, this is a power hungry card, and the power connectors needed for this card is a set of 6-pin and 8-pin connectors. 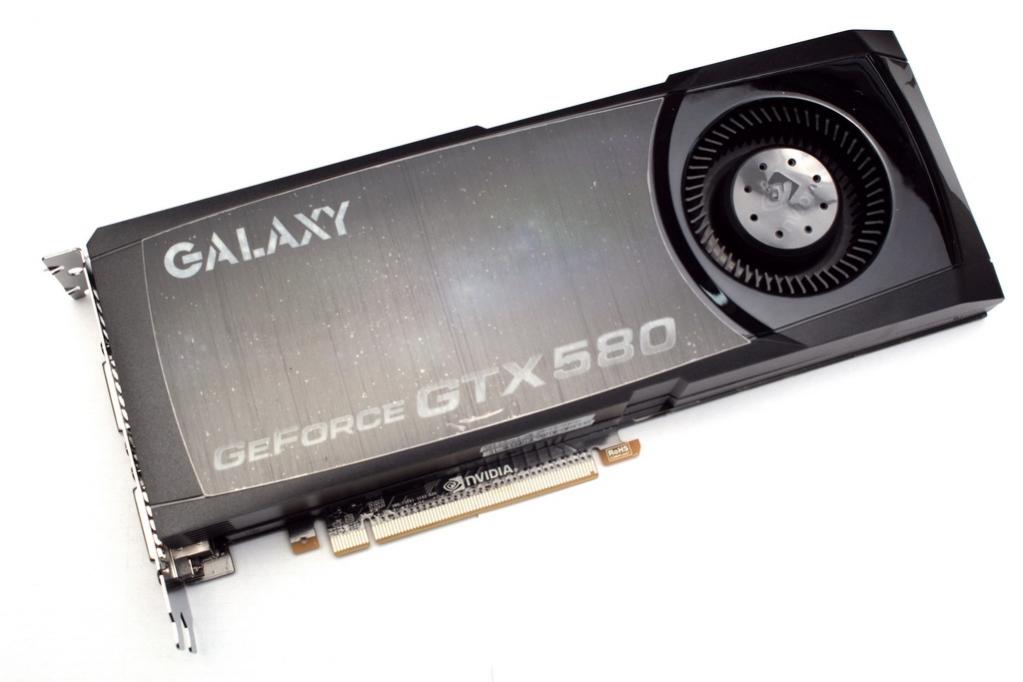 PCI-Express interface as expected, and a subtle colour scheme on the cooler. 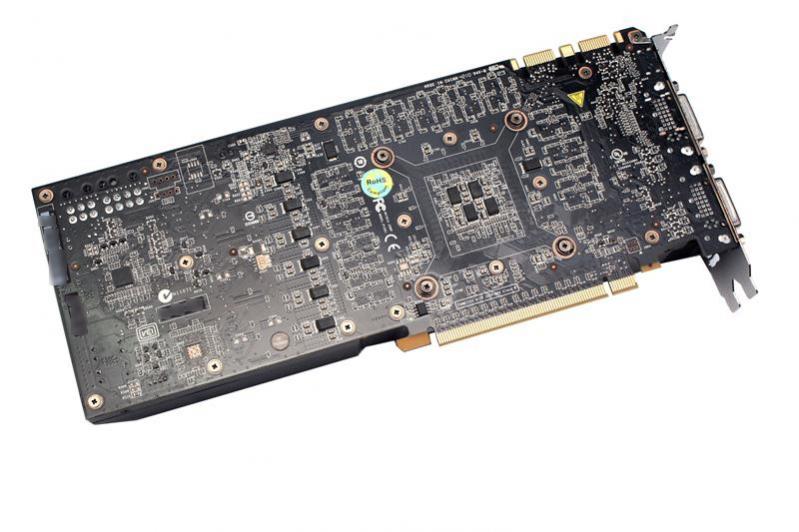 The PCB also follows the same colour scheme of the rest of the card.