Game Companies Earn $5B Annually From DLCs and Add-Ons 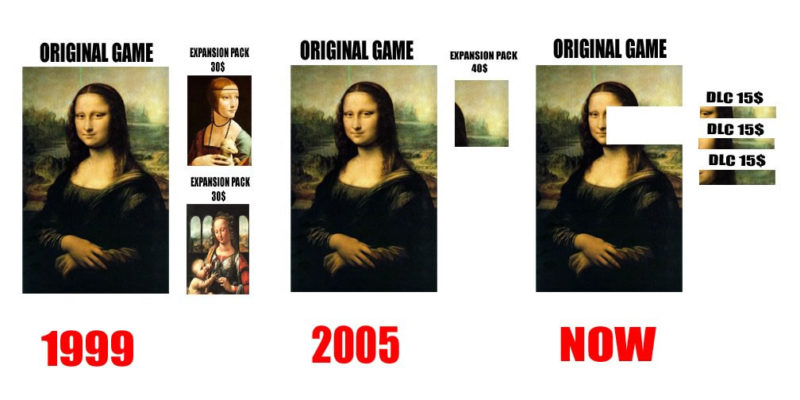 If you ever wonder why certain things are the way they are, the most likely reason is because it makes money. That is why game companies are very fond of downloadable content and add-ons, offering piece-meal updates on top of the initial $60 initial game purchase. According to the Wall-Street Journal, DLCs are now worth $5B annually, with one company raking in 1/5th of that pie just on their own.

It is easy to guess who that company is who earned the biggest slice: Electronic Arts. The number projected earnings by the end of 2017 will total $5.21 billion. Last year, the total was $4.78 billion and Electronic Arts earned a whopping $1.2B of that whole, which is 1/4th of the total.

It is also easy to see why this model is effective. In the days before DLC, there would be a big gap in developing the initial game and the sequel. Many companies would often take that break but DLCs and add-ons have become very effective tools in keeping the hype for the game going until the sequel arrives. Not only does it serve as a useful marketing tool, it is also very effective as a profit-making scheme.

The irony is of course, as the Wall Street Journal article points out, that game companies are also the victims of their DLCs success. Some sequel titles never end up living up to the expectation of the original and there really is no point in playing the new title if the old one still has add-ons that extend its shelf life.