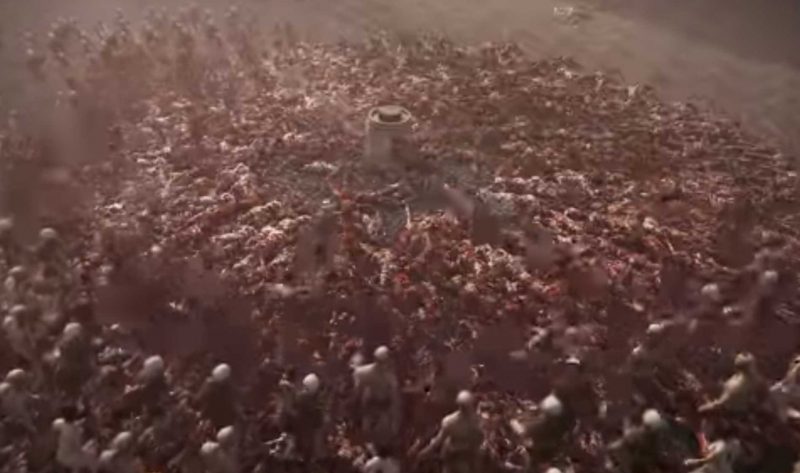 We have, on several occasions, seen what is referred to as ‘technical demos’ released. These are often created to showcase a particular component or innovation in a product or design in an attempt to (sort of) blow our minds a little. It is something a little unusual to see a games developer do this, but it does, of course, help build up a little hype.

Well, with this in mind, Brilliant Game Studios has released a new demo video from their upcoming game release The Black Masses. In it, they show their new dismemberment and procedural wounding system. How? Well by throwing 10,000 zombie-like creatures into a huge blender. Spoiler alert, the blender wins this battle!

The Black Masses is, in a nutshell, a survival game set in medieval times. Similar to DayZ you will find yourself on a pretty huge map with a lot of zombies. Zombies who (probably) want to kill you. There is, however, a little bit of a difference in this particular game. For example, instead of zombies, they are actually ‘demon possessed souls’.

At present we have no release date for this game. Sorry if you were looking forward to trying it out sooner rather than later. That being said though, if this video is anything to judge by, it could certainly be very interesting and perhaps, something that has been missing from many games of this type.

What do you think? Impressed with the video? Would you like to try this game out? In addition, do you wish developers would do this more often? – Let us know in the comments!