The first thing you are going to want to have a look at is that water block and radiator. Both are in a nice black gloss finish with the pipework between nice and strong. You would have nothing to fear from pinching here and the length should be more than acceptable for any system build. As for the water block, without the RGB effects, the black does look a little plain. 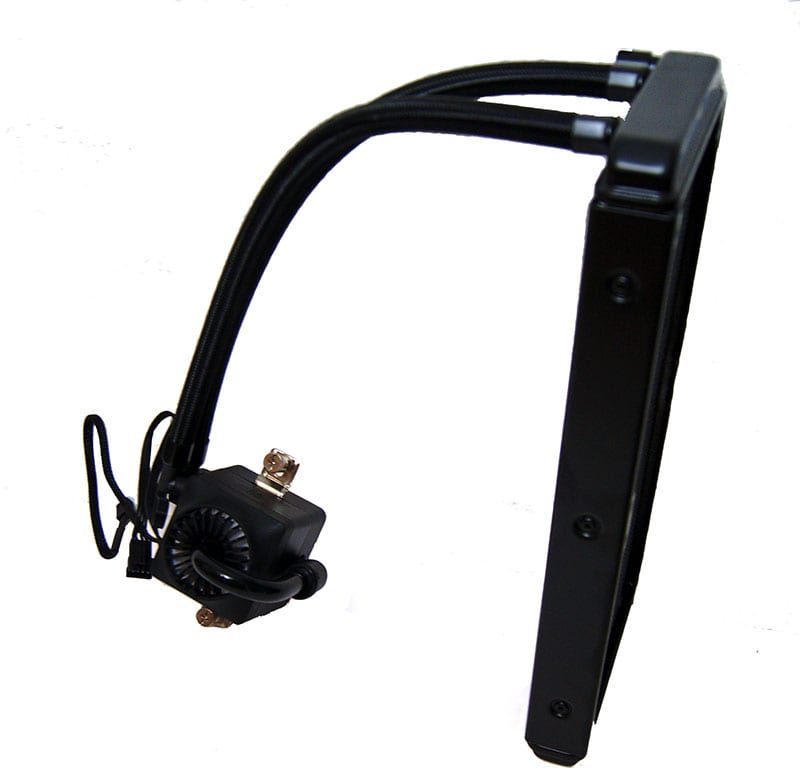 A closer look at the water block gives you a clue as to the RBG effects that are in store for you. I must note though that I was particularly impressed with the block design. When installed it completely covers the surrounding area of the processor which gives it a nice plush look to the motherboard. 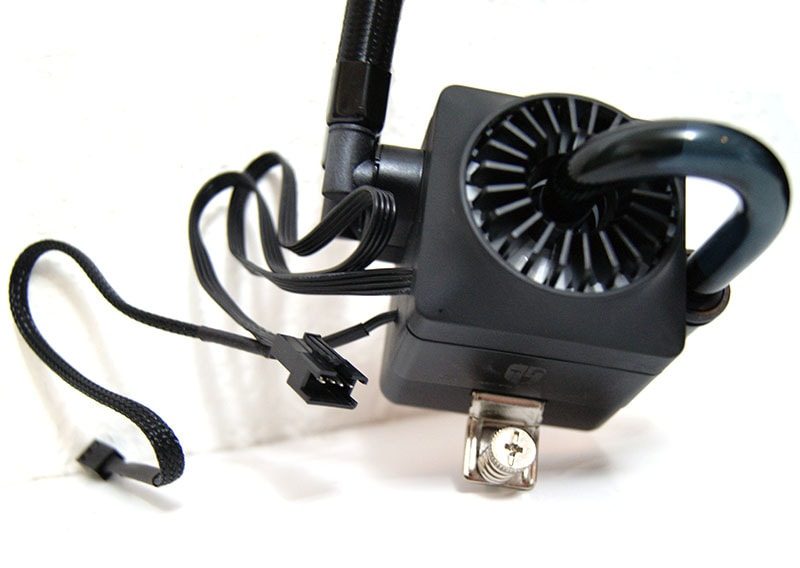 The contact plate is a nice large size, and with the squared profile, which should extend beyond the edge of your processor comfortably, coverage is no issue. The plate does come with pre-applied thermal paste although we do remove this to ensure that our testing is conducted in a fair comparative manner with other products. 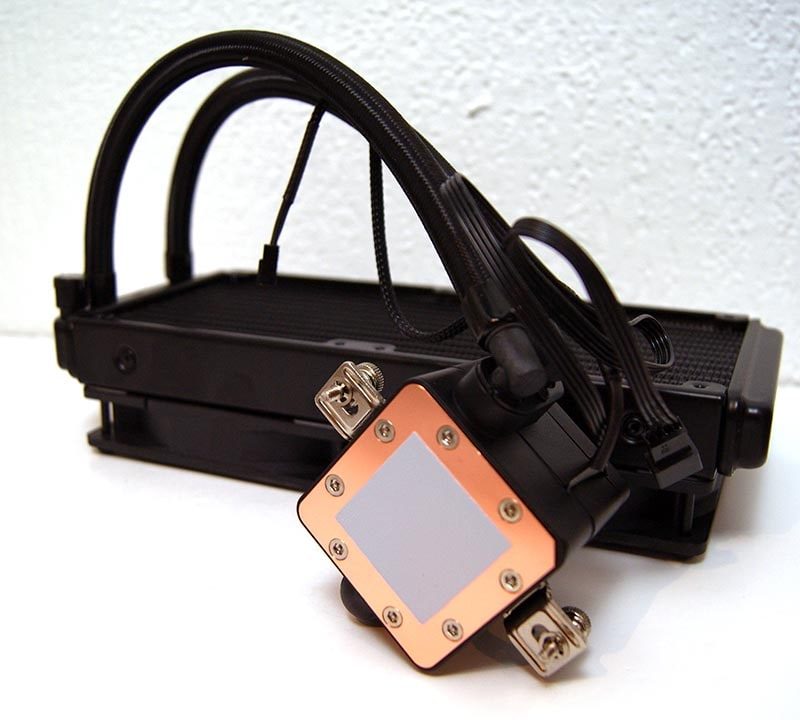 The cooler comes with two 120mm Gamer Storm fans which mount directly onto the radiator. The design is fairly standard. However, the fin tips to the 9 fan blades are a nice touch, and in addition, the cushioned corners make the installation perfect to avoid any unnecessary vibration which could occur. The Gamer Storm logo is also lightly embossed on the exterior edge. 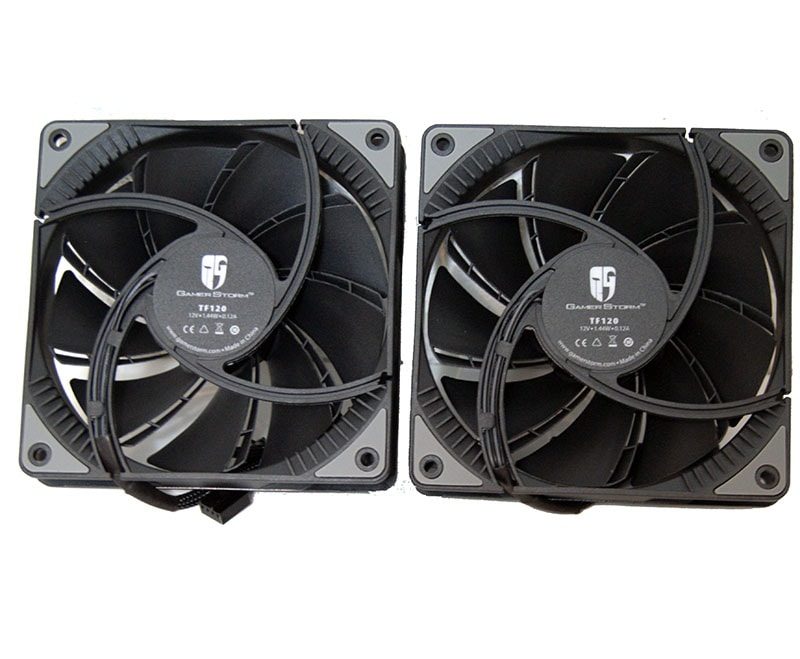 Once mounted the fans looks impressive and professional. A lot of minor touches have gone into the design to make this look both sleek and understated. It’s also a nice addition that the screws are coloured to match the design. It might sound a ridiculous point, but nothing can spoil the look of a radiator worse than when screws are left in their plain colouring. 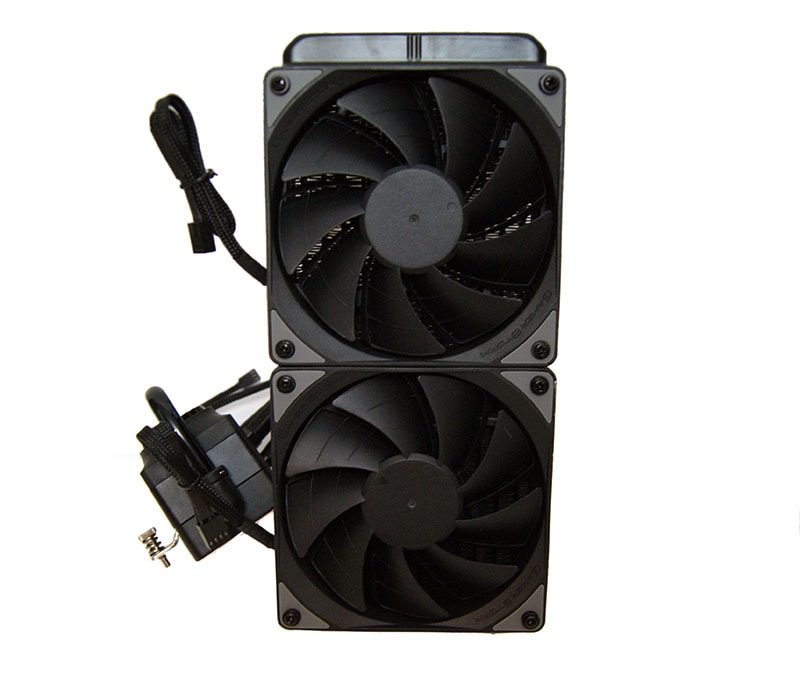 It can often be difficult to explain how RGB lighting effects operate and for coolers with RGB lighting as such a clear feature we think it’s important that you know what to expect. We have therefore included a brief video below showcasing the lighting effects in action for both the water block and the LED strip lighting. Remember that this cooler does not have lighting on the radiator or fans and as such, they are not included.