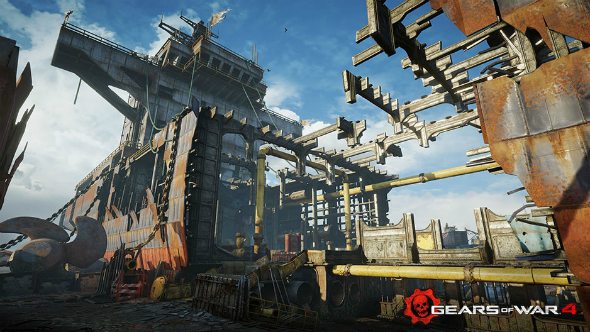 The next major update for Gears of War will bring two of the franchise’s most popular maps back into the mix next month. Both Drydock and Checkout will be coming in the multiplayer DLC, alongside a major title update which will offer a range of tweaks, improvements and weapon balancing.

The update will be released on the 1st of November for Season Pass holders, and then on the 8th for the public playlists. The rather significant changelog below will apply to all owners of the game from the 1st, not just Season Pass holders.

Gears of War 4 changelist for Windows 10

Make sure to update your Windows OS to Build 14393.222 or later for the game to update. You will not be able to get the update and online games will stop working if this is not done.