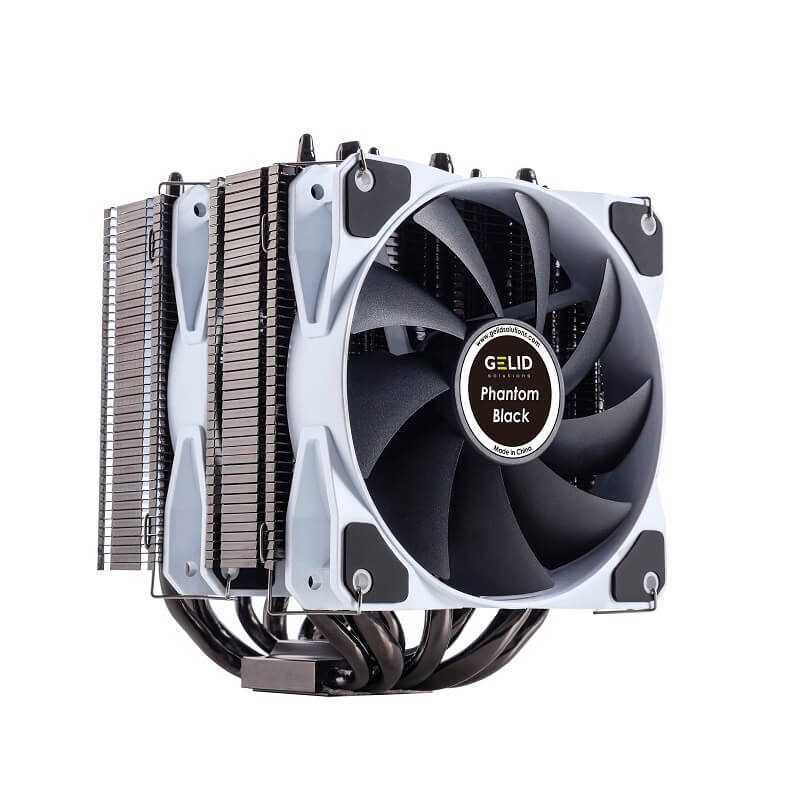 It has been a while since cooling manufacturer GELID had a new heatsink on the market. Their latest announcement involving the new Phantom series however, makes up for it in a big way. The new Phantom CPU coolers are dual-tower giants which offer significantly better cooling than any air cooling solution from GELID before. The Phantom CPU cooler series includes the Phantom and the Phantom Black (which ironically enough, is actually lighter in color). 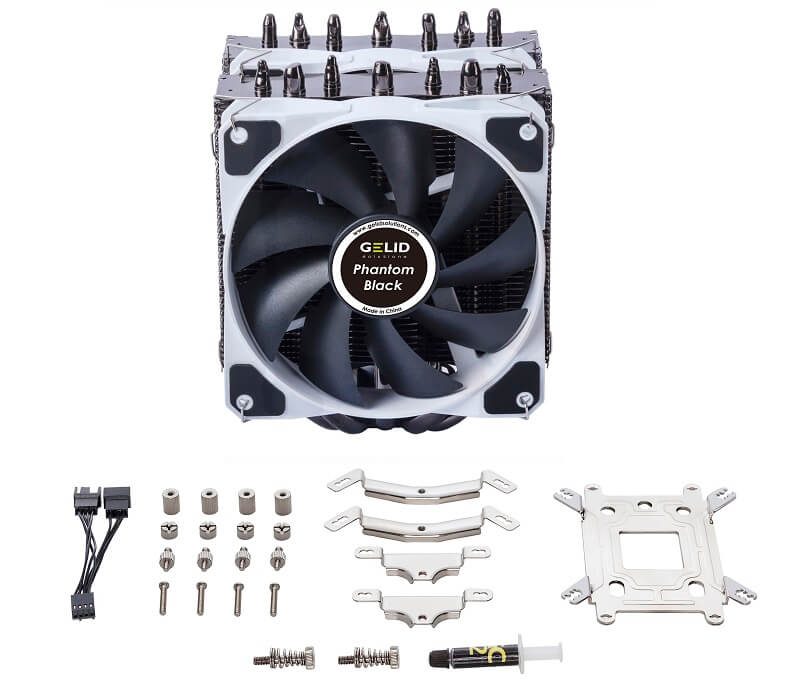 The larger surface area from the dual-tower design provides more space for heat to escape to. It also helps that the Phantom CPU cooler series use seven nickel-plated copper heatpipes. These are three 8mm and four 6mm thick heatpipes distributing heat from the core to two separate aluminum fin radiators.

Oddly enough, GELID has not made any changes with the mounting from their existing CPU tower coolers for Intel. Which means there is still no stock LGA20xx socket support, and has to be bought separately. However, AMD users are in luck because there is support for AM4 Ryzen motherboards. 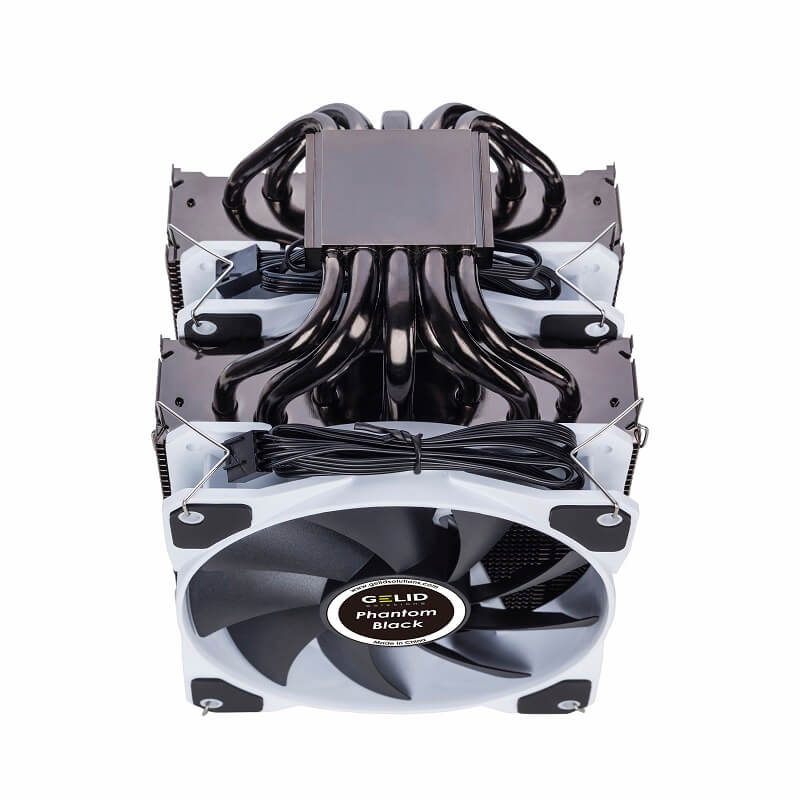 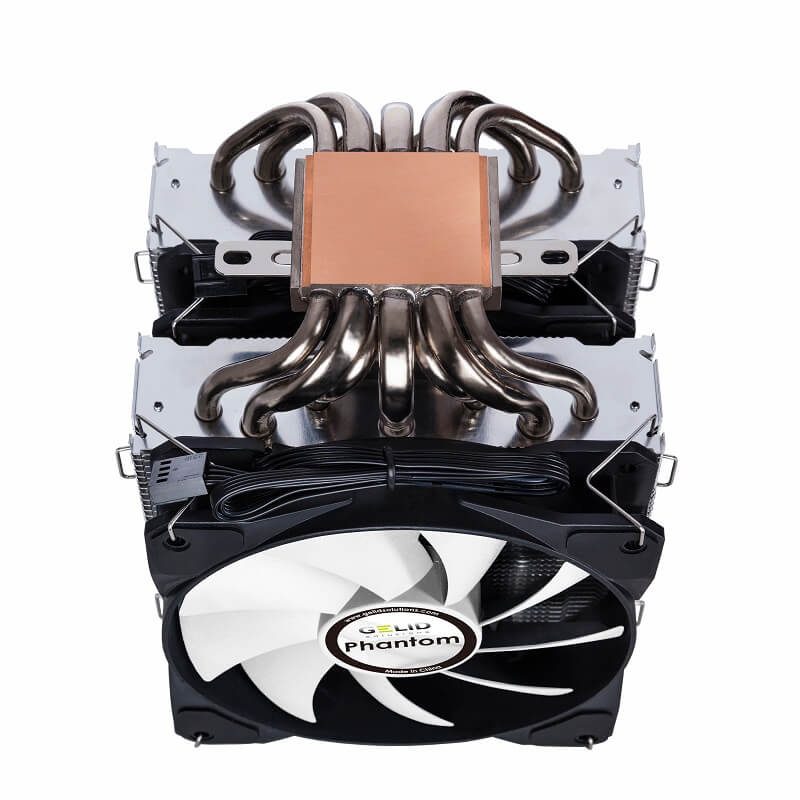 GELID did not disclose pricing or availability yet, but each Phantom series CPU cooler comes with a 5-year warranty. For more information, visit the Phantom product page at http://gelidsolutions.com/?s=Phantom+