German Smartphone: Linshof i8 with 80GB of Storage 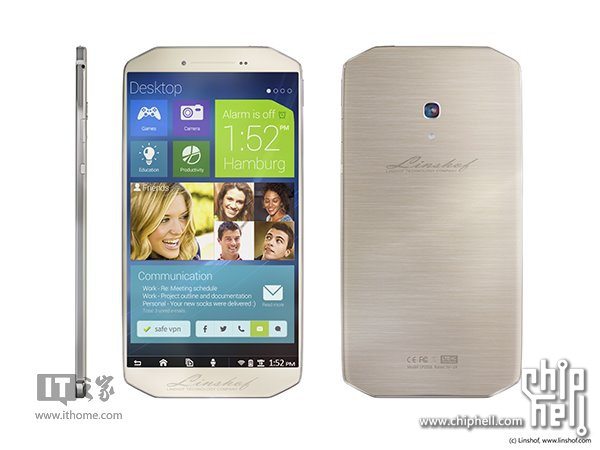 Equipped with a 5-inch 1080P screen, utilizing super AMOLED IPS technology and with 80GB of internal storage – this German smartphone offering by Linshof is named the i8 and seems to be one of the first top-notch smartphone offerings out of this country.

Reports claim that there will be two produced models of this phone, both featuring 80GB of storage. This storage offering is reportedly designed in the form of a 64GB memory chip added into the device alongside an additional 16GB memory chip. This is said to not only provide more storage, but also faster transfer speeds – something we haven’t really seen before offered commercially, thus we are interested in seeing the release results.

This phone will come pre-installed with Android 5.0, using Linshof’s own “hardware acceleration” user interface which looks somewhat similar to that of a Windows OS phone –  this is due to it’s ‘panel’ like design. 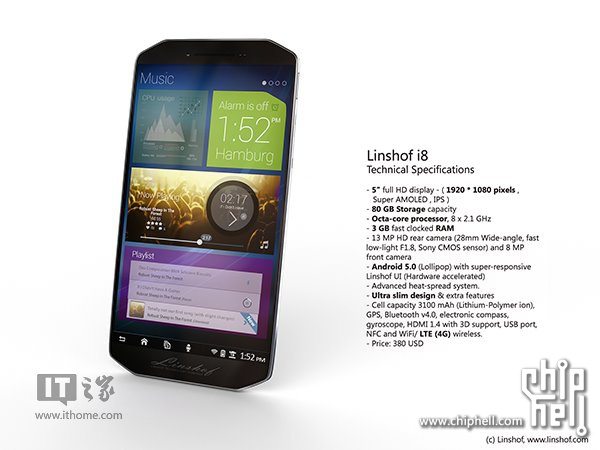 Alongside the 1080p display, the i8 will be complete with a 3100mAh battery, GPS support, Blutooth 4.0, an electronic compass, gyroscope and 3D support. This comes alongside HDMI 1.4 support, NFC connectivity and WiFi/LTE (4G) capabilities.

Expected to be released to the public for $380 US, this product is priced extremely competitively into the market and is expected to ship in the first quarter of 2015. Alongside the i8 release, there’s an expected upcoming tablet release predicted.

Image and information courtesy of Chiphell and ITHome