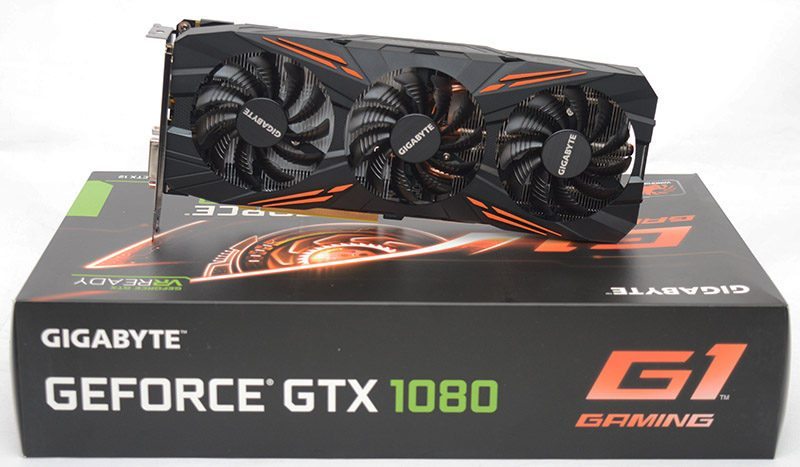 The Gigabyte G1 Gaming GTX 980Ti rapidly became a firm favourite among hardware enthusiasts due to the exceptional Windforce 3X cooling solution and impressive factory overclocks. Even though it was eventually superseded by the Gigabyte XTREME GAMING GTX 980Ti as the company’s flagship offering, the astounding build quality bodes well for future G1 branded products. NVIDIA’s Pascal architecture was always heralded as the next major leap in graphics performance and greatly benefits from the new 16nm FinFET manufacturing process. Thankfully, the GTX 1080 provides a significant boost in framerates compared to the previous generation and consumer demand remains unbelievably high despite hefty retail prices.

Custom models from a number of hardware vendors have entered the market as an alternative to NVIDIA’s Founders Editions. Apart from the budget blower designs, these units offer reduced temperatures, quieter operation and enhanced overclocking headroom. Today, we’re taking a look at the Gigabyte G1 Gaming GTX 1080 which utilises a base clock of 1721MHz and 1860MHz boost when selecting the OC profile. This is a very important piece of information in lieu of the recent controversy surround press samples and the default mode. Please note, the Gaming profile consists of a 1695MHz base and 1835MHz boost. On both profiles, the memory has a 10MHz factory overclock. Judging by the quoted specification, this isn’t the fastest GTX 1080 model we’ve reviewed and I’m interested to see how it fares compared to the competition. 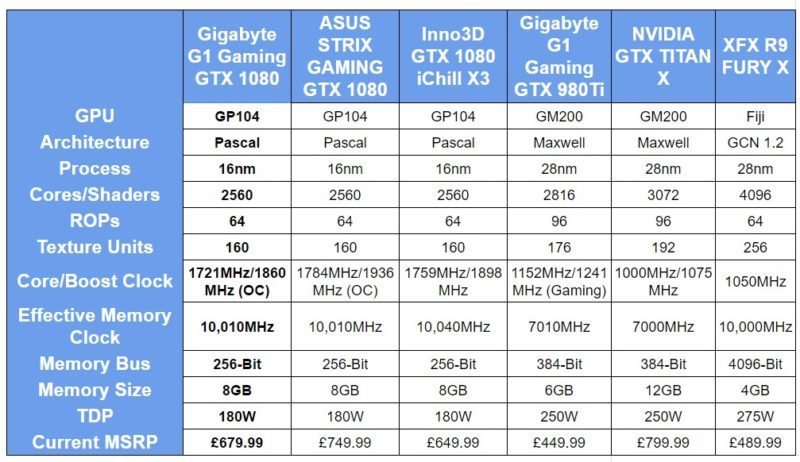 The Gigabyte G1 Gaming GTX 1080 comes in a stunning box sporting the iconic eye design and lists key features of the Pascal architecture including Ansel. Not only that, small icons detail the graphics card’s cooling solution and overclocked specification. 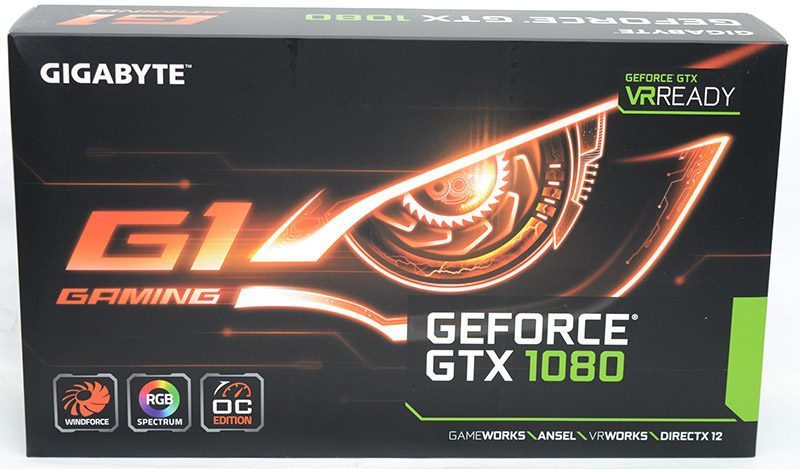 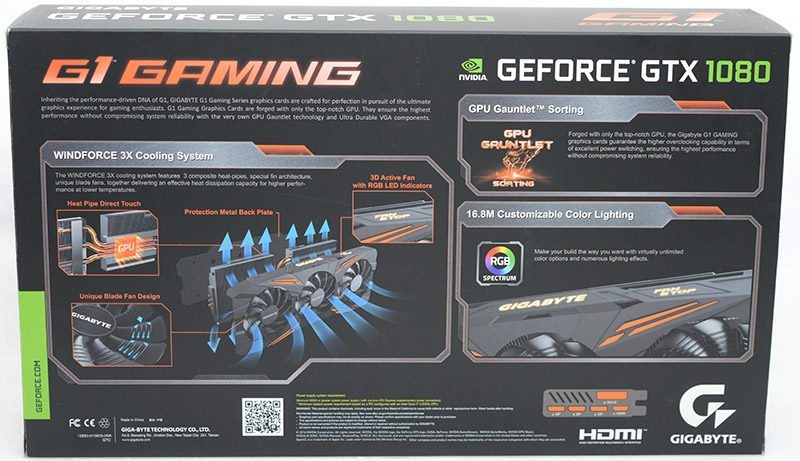 In terms of accessories, the graphics card is bundled with a quick guide, and driver/software disk. 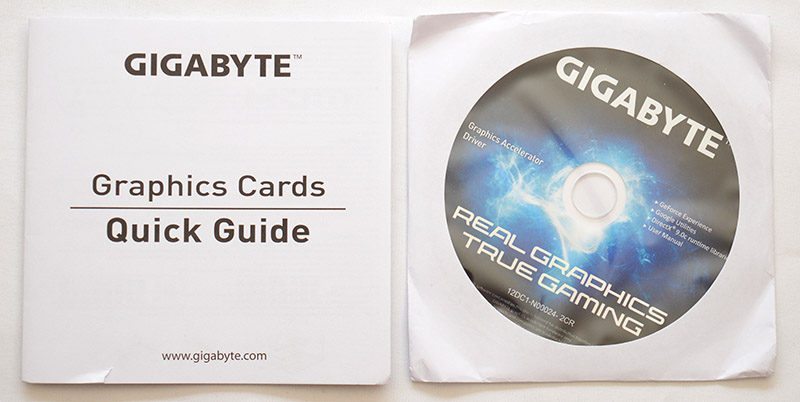