Everyone has their own reasonable noise level when it comes to comes to components in a computer. Some can handle all fans at 100% load to keep temperatures down, some want a completely silent computer. 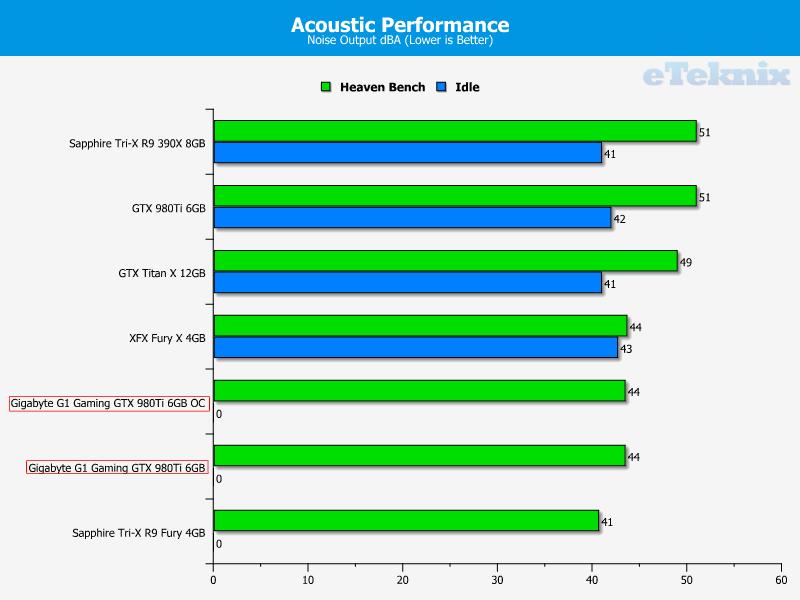 The G1 Gaming WF3 cooling solution is a great bit of kit. In our testing is it one of the quietest solutions thanks to the quite triple fan design and optimised heatsink.

With electricity becoming increasingly expensive across most parts of the world the need for computer components to become power efficient has never been more relevant. Graphics cards are often the most power-hungry components inside a desktop system so having an efficient graphics card is very important to keeping power bills under control. Power is often correlated to heat and so lower power consumption means a graphics card is likely to run slightly cooler and put out less heat into your system meaning your other components will run cooler with improved longevity. AMD and Nvidia have both made power consumption an integral part of the way graphics cards dynamically overclock so the need for graphics card vendors to use efficient VRM and PCB designs is becoming important to maximise performance. We take power readings after 5 minutes of two different load scenarios: desktop idle and Unigine Heaven load. 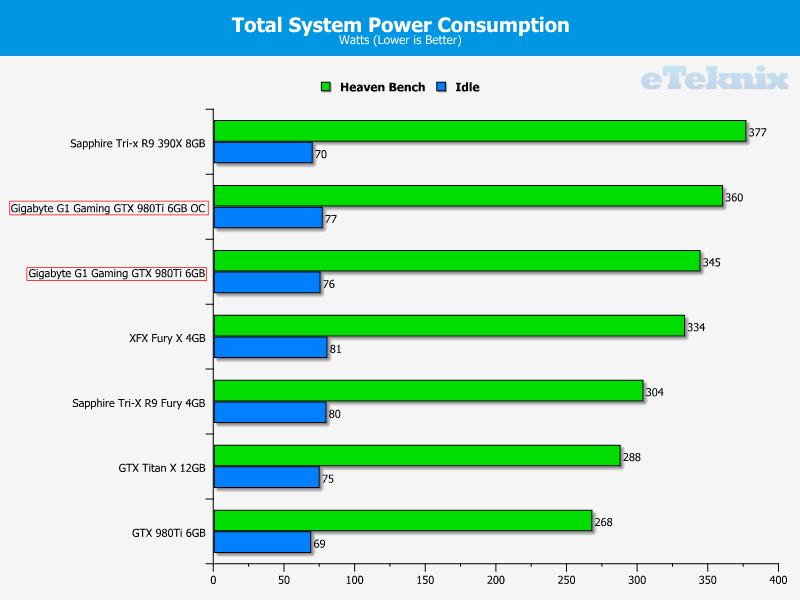 I guess we had to see something bad somewhere. The G1 Gaming GTX 980Ti is one of the more power hungry 980Ti’s we’ve had in and that is only added to when overclocked. 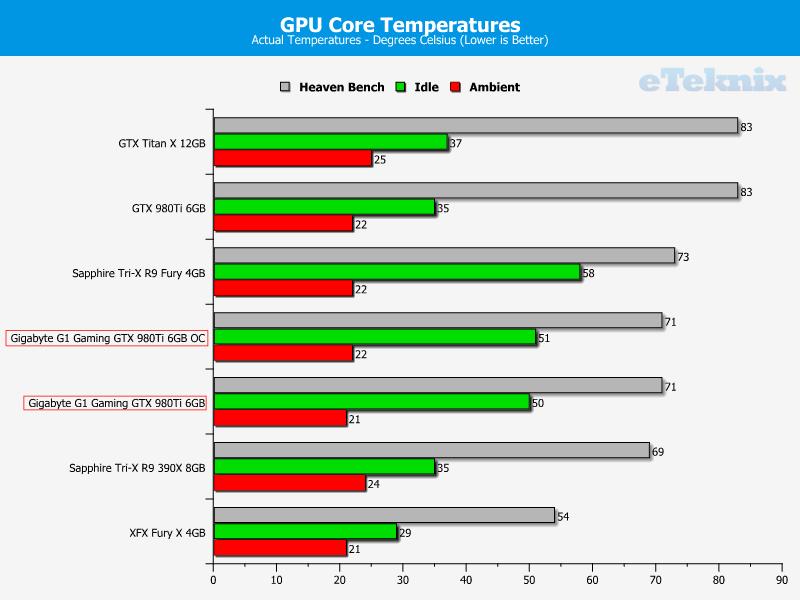 Thanks to the new 0db operation on most of the new generation of cards, at around 50°c that fans turn off. The G1 Gaming card maintains at 50-51°c idle temp and the fans do not allow the card get over 71°c at load; that’s with no additional noise too.