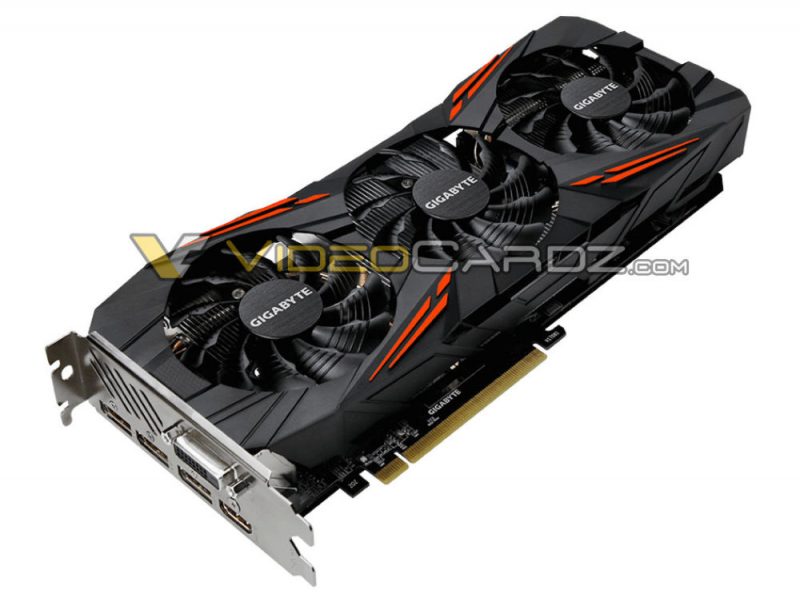 A photo of the upcoming Gigabyte GeForce GTX 1070 Ti Gaming graphics card has been leaked by VideoCardz.com. It appears to be the classic design rather than one of their newer AORUS style shrouds. The NVIDIA GeForce GTX 1070 Ti is expected to launch on October 26 and will not include any reference models. That means every single release from NVIDIA partners are going to have custom cooling solutions. However, one thing that is different from regular NVIDIA cards is the factory overclock which is non-existent. All are models have the expectations of having the same clock speeds on the GPU and memory, only differing with the cooling and video output.

Aside from having a backplate, Gigabyte uses the Windforce 3x cooling system on their graphics cards. It a pair of pure copper composite heat-pipes, special fin architecture and unique blade fan design. All together, they deliver good heat dissipation without requiring the fan noise to go too high. This is a similar design to what they employ on their GTX 1070 G1 Gaming video cards, although the GTX 1070 Ti PCB is shorter as the heatsink overhangs on the top edge. It has the same single 8-pin PCIe power connector however, and the rear IO has 3x DP 1.4, 1x HDMI 2.0 and 1x DVI-D.