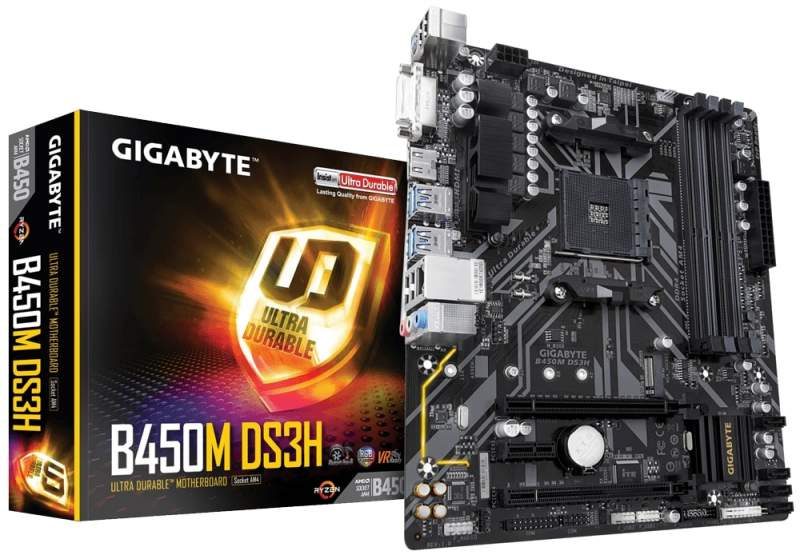 New B450 Motherboard from Gigabyte

As AMD prepares their power-efficient 2nd generation Ryzen processors for launch, motherboard manufacturers are preparing new B450 chipset motherboards as well. Just like the X470 chipset, the B450 improves upon the first generation Ryzen chipset design. This time it brings better memory compatibility, and StoreMI technology to the mainstream segment.

For their part, Gigabyte has now listed their B450M-DS3H motherboard sporting this new chipset. The B450M-DS3H uses a micro-ATX form factor measuring 244mm x 215mm. It supports not only 2nd gen Ryzen, but is also backwards compatible with 1st gen Ryzen and accepts Ryzen with Vega graphics APUs as well. It even has a DVI-D port as well as an HDMI port in the rear IO for display output. 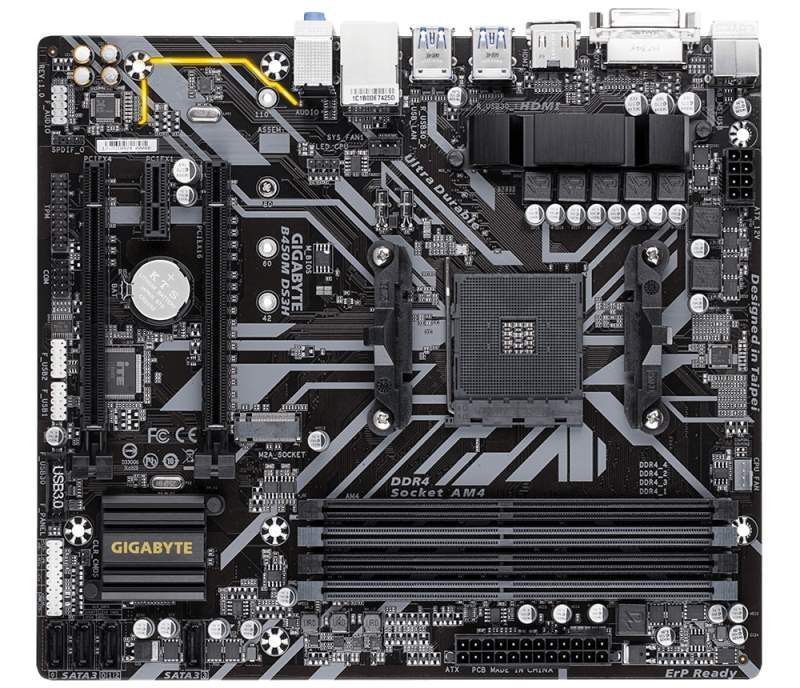 The B450M-DS3H uses a Realtek chip for the audio and the Gigabit ethernet. Gigabyte also manages to put a 4-pin RGB LED header for connecting 12V RGB devices.

In terms of storage, the board comes with four SATA3 ports, as well as one M.2 slot supporting PCIe 3.0 x4 SSDs up to 22110 form factors.

Online stores across Europe have begun listing the B450M-DS3H on their pre-order pages. It appears to be within the €96 to €107 price range, which is typical of a mainstream motherboard.