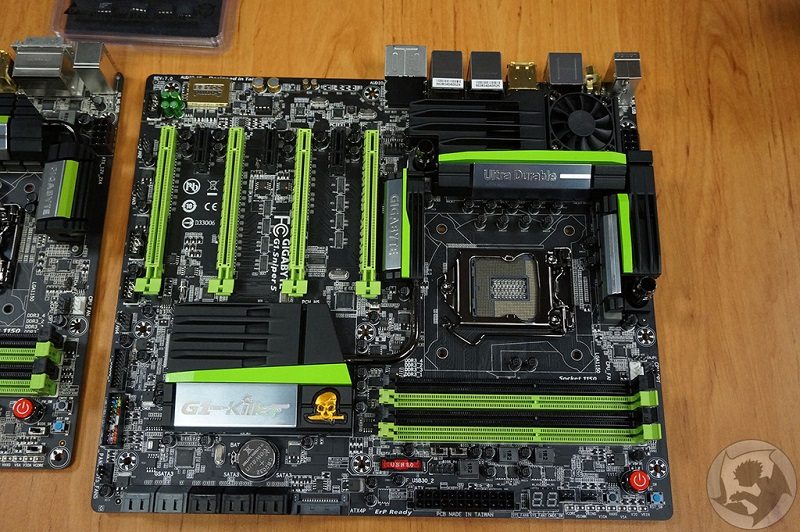 Gigabyte have been showing off their latest high end Z87 motherboards at a press event at their Taipei headquarters this week. Gigabyte demonstrated two motherboards both from the G1 Killer series with one in Micro-ATX and the other in full sized ATX. These are the G1.Sniper 5 and G1.Sniper 5M respectively. 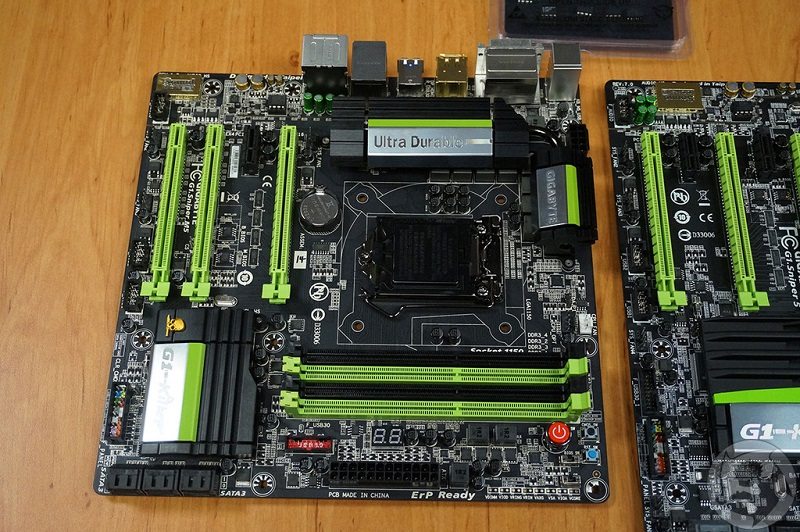 The main focus of the event was the new sound implementation that Gigabyte have opted for. This includes a built in Creative Sound Blaster X-Fi (20k2) sound chip, Sound Core 3D and upgradeable Op-Amp (optional amplifier) sockets. In addition to that the audio will also be supplemented with high end Nichicon capacitors, gold plated connections for input/output sockets and a built in gaming headset amplifier. 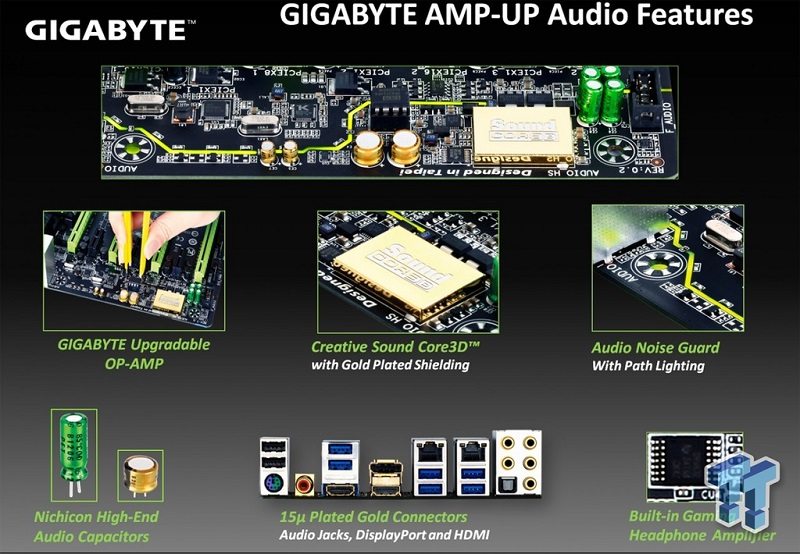 The upgradeable OP-AMPs are an interesting addition because it means users can change out the operational amplifiers for something that is more suited to their preferences. 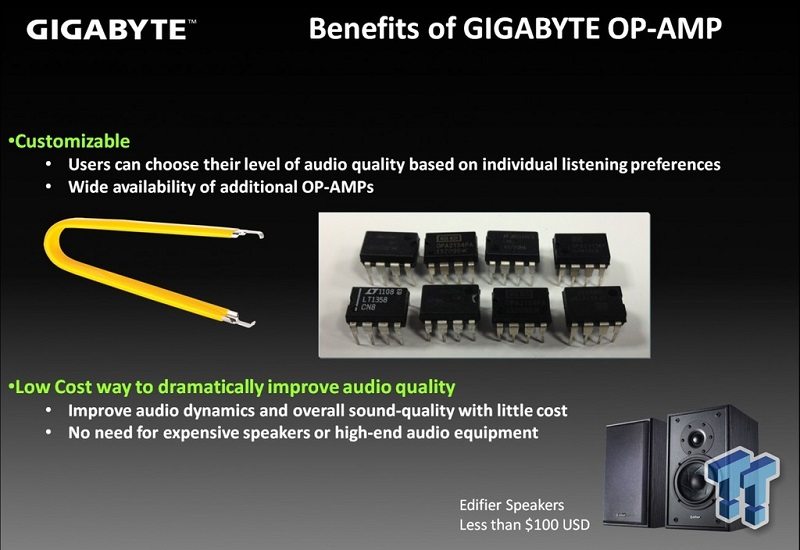 Gigabyte will include a replacement alternative OP-AMP and a removal tool for users with the G1 Sniper 5 and 5M motherboards. 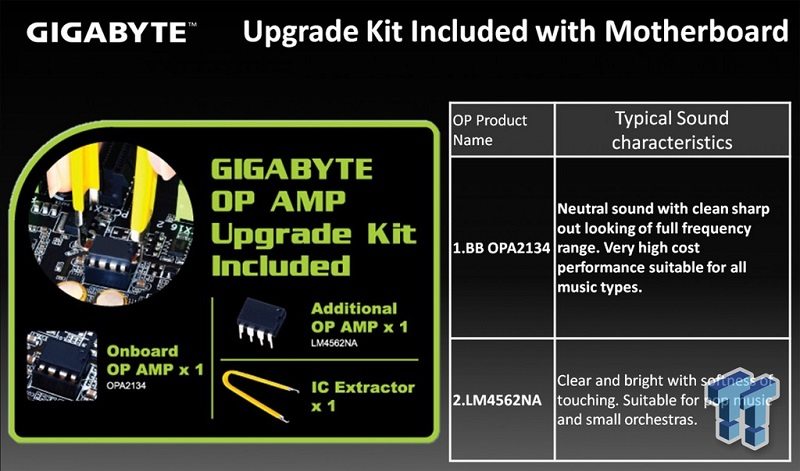 Even though Gigabyte have previewed this new audio feature with the G1 Sniper 5 and M5 motherboards only, it is expected there will be more models to come later on this year but on launch the Sniper 5 and M5 will be the only models. 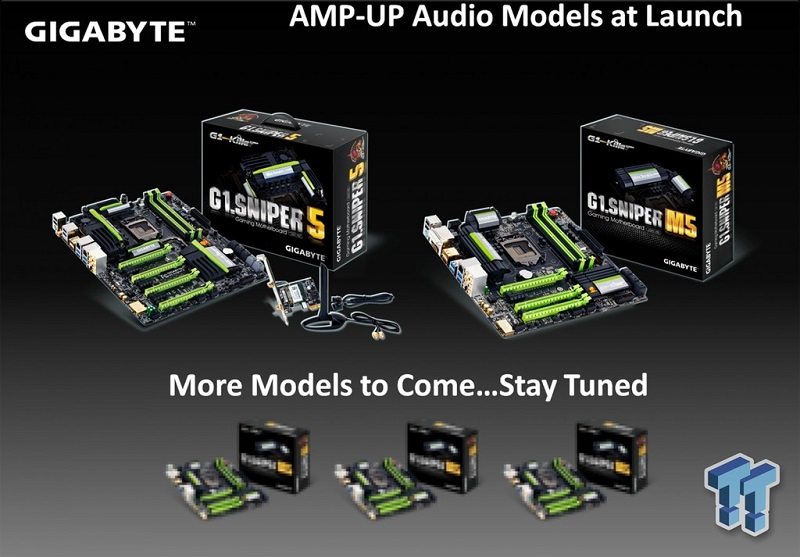