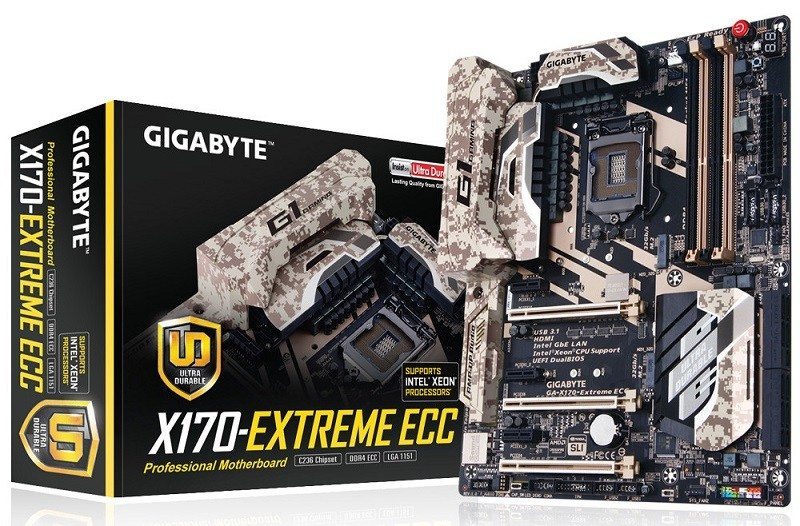 Featuring an eye-catching military camouflage color scheme, the new Gigabyte X170 Extreme ECC motherboard was designed for high-end desktops powered by Intel’s Xeon E3-1200 V5 processors or 6th generation Core “Skylake” processors. This LGA1151 motherboard is based on the Intel C236 chipset, and it offers support for DDR4 ECC memory, which is always a big plus. It features an ATX form factor and draws its power from a mix of 24-pin ATX and 8-pin EPS power connectors while its expansion slot lineup includes a pair of PCI-Express 3.0 x16, a third PCI-Express 3.0 x16 (electrical gen 3.0 x4) and a trio of PCIe 3.0 x1 slots. 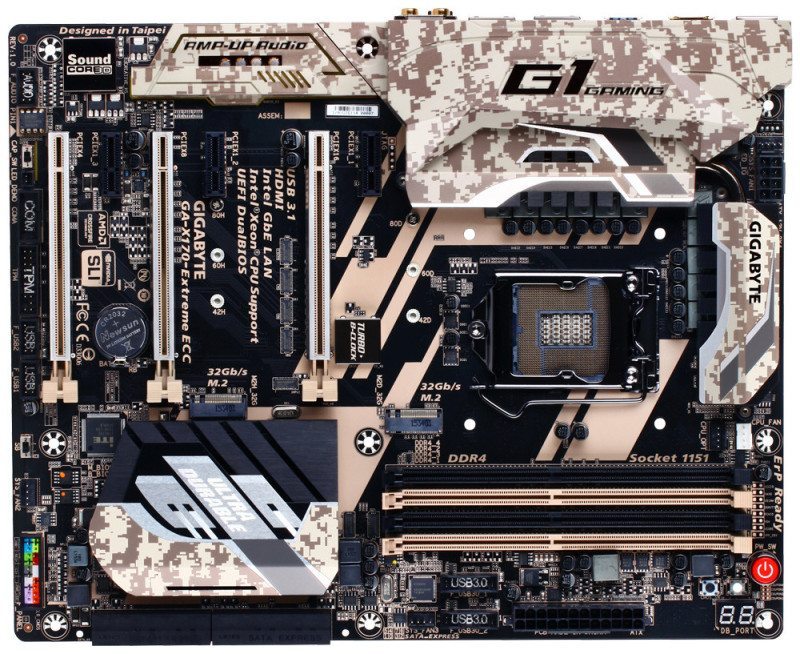 As far as storage connectivity is concerned, the X170-Extreme ECC comes with four SATA-Express 16 Gb/s connectors that form eight SATA 6 Gb/s ports, but there are also two 32 Gb/s M.2 slots available. The ethernet interfaces are represented by a Killer E2400 and an Intel I219-V controller while the onboard audio solution impresses with a Creative SoundCore 3D processor, ground-layer isolation and a TI Burr Brown OPA2134 OPAMP that can be replaced by the user, should the need arise. It looks like one of the motherboard’s main highlights comes in the form of an Intel-made 2-port USB 3.1 controller that links to the PCH through PCI-Express 3.0 x4. This controller is connected to one Type-A and one Type-C port, but we should also mention the 4 regular USB 3.0 ports and the 40 Gb/s Thunderbolt 3 port. 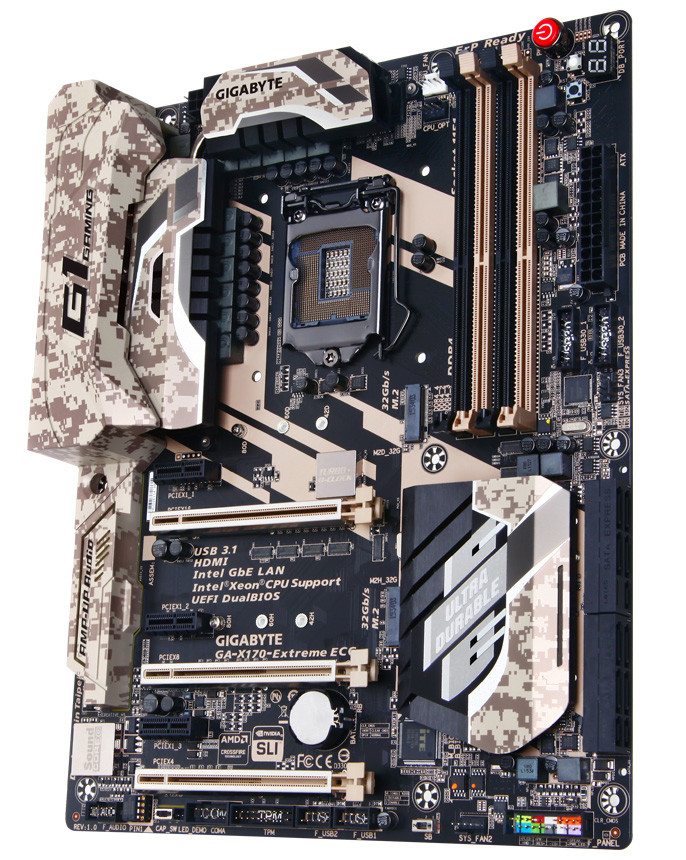 No word on pricing just yet, but we can probably expect this Gigabyte motherboard to be quite expensive. What do you think about it so far?