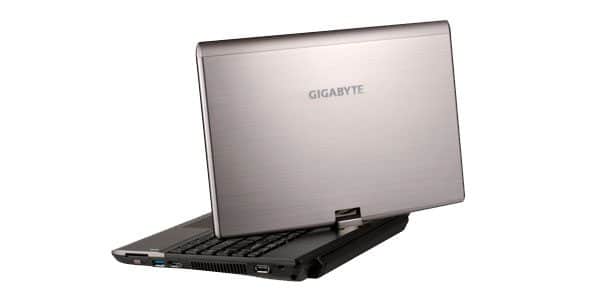 CES 2012: At the Gigabyte press meet earlier today, alongside the new line of motherboards that will be available soon in the form of Z77, thay also had a line of mobile devices on show.  These came in the form of mainly notebooks and netbooks, but the one that cought our attention as the T1132N 3-in-1 system. 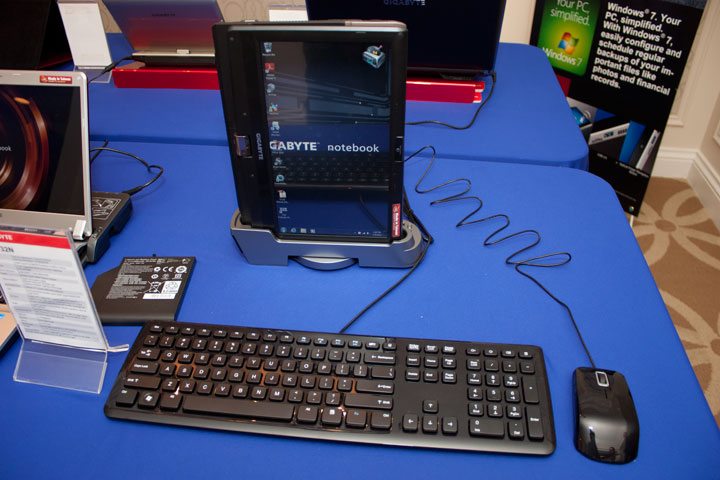 The T1132N as its name suggests works in 3 forms; primarily its functions as a small compact notebook, but with a flip of the screen, it turns into a touch screen tablet.  This is not where the end is met, there is a third option available and the T1132N also acts as a desktop computer.  The T1132N simply slots sideways into a dock that features LAN, USB3.0 & 2.0, audio, and HDMI output.  Also on the dock is space to connect in the mobile DVD drive to the system.

The T1132N features an Intel Core i5,2467M, 4Gb of DDR3 RAM, GeForce 520M 1Gb GPU with Optimus technology, 500Gb HDD, Wireless N and Bluetooth 3.0 and a 1.3 Megapixel webcam. All of this is packed into a chassis that weighs under 2kg and is very compact at the same time. 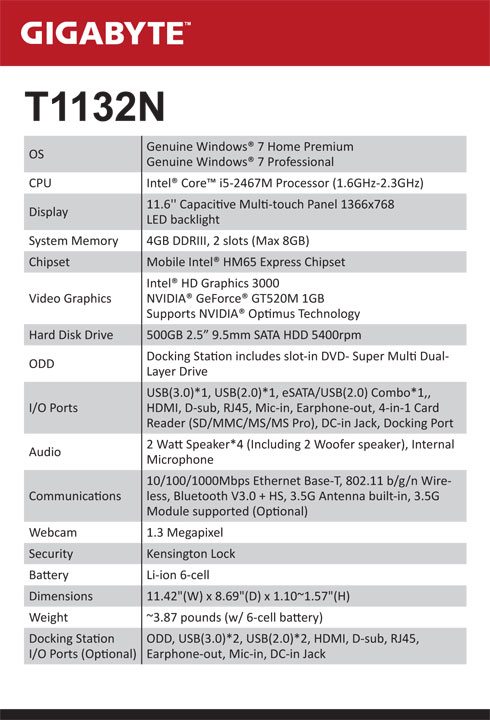