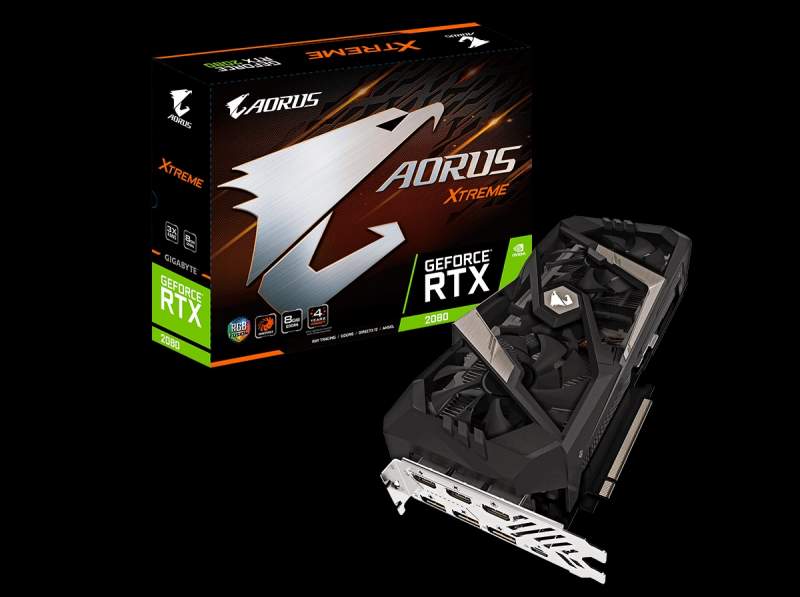 Xtreme Edition on the Way

It has three 100mm Windforce fans with a heatpipe direct touch heatsink underneath. The VRM MOSFETs and surrounding components also have dedicated heatsinks for optimal cooling as well. Of course, it also has some elaborate RGB LED lighting on the shrould and the three 100mm fans.

Even though it is not the Ti version, the Xtreme RTX 2080 has a beefy 12+2 phase VRM and comes with a 4-year warranty.

What Kind of Connector Options are Available in the RTX 2080 Xtreme?

What makes this a truly Xtreme edition card however, is the fact that there are seven display connectors in the rear. That means a comprehensive combination of options available to users for their multi-monitor setup. The reference model by default only has five display outputs. There are three HDMI ports, three full-size DisplayPorts and one USB-C port.

When is This AORUS Xtreme Video Card Coming Out?

Gigabyte did not reveal any firm launch dates yet, but the product page is already up so it is most likely coming sooner than expected.