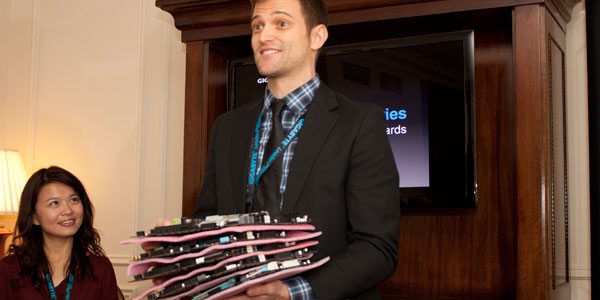 CES 2012: As we attended the Gigabyte Meet the Executives meeting at CES, Las Vegas, we were comfortably sitting down when a loud knocking came from the next room and the doors opened to be greeted by Marketing Manager of Gigabyte; Colin Brix.

Colin blasted in causing quite a stir as he announced the boards in his hands were that of Intel Z77 origin and were “stolen” from his colleague in the R&D department of Gigabyte. 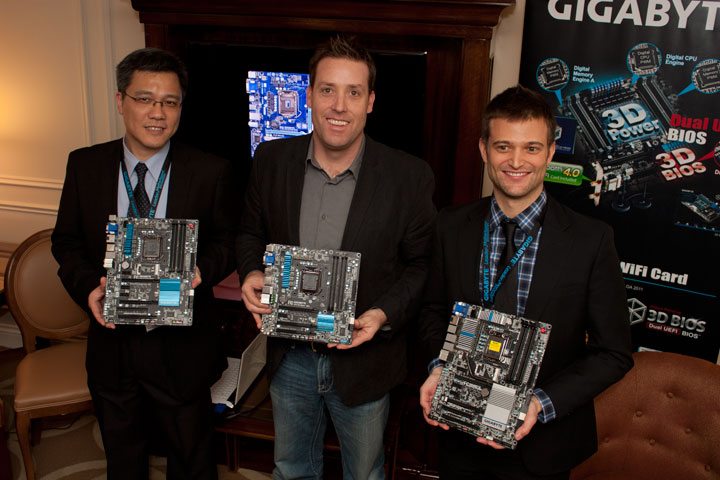 We were showcased with the G1.Sniper 3, G1.Sniper 3 M3 in Micro ATX form Factor, Z77X-UD5H, Z77X-UD3H and the Mini ITX form factor B75M-D3H in an early state which all support the new Intel Ivy Bridge processor utilising the Z77 platform, but Colin was unable to tell us this, due to restrictions from Intel. Bless him. 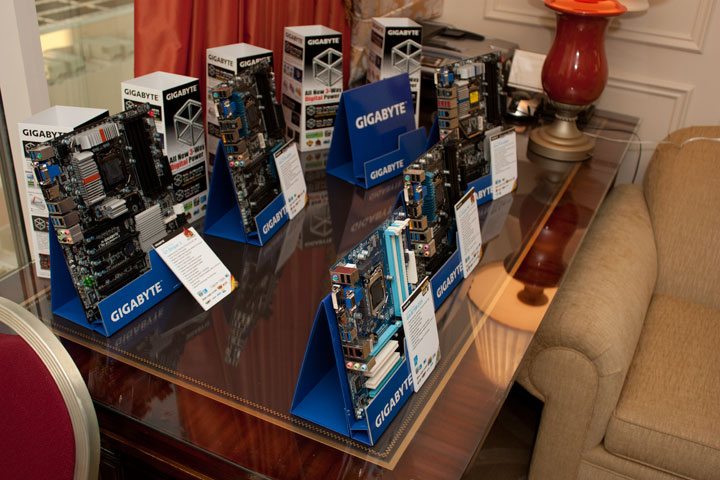 As we already know, Ivy Bridge will bring us a lot of new, vital technologies, including full PCI-Express 3.0 technology and native USB 3.0 support for the consumers who are eagerly awaiting for it.